Home Entertainment The cast of ‘Backstage’: Where are they now? 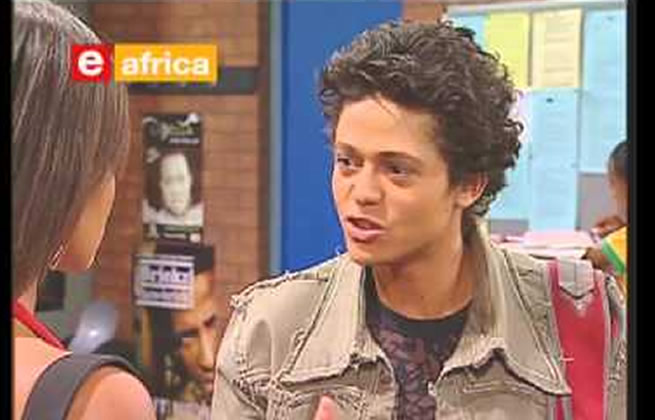 From producing hit Netflix films to heading up corporate conglomerates, this is what the former cast of e.tv’s ‘Backstage’ are up to now.
Chippa

The role of Chippa on the Backstage cast was played by former actor and kwaito star Loyiso Mangena.

After acting in a few more shows after Backstage, Mangena quietly made the transition into a life in the corporate world and is now a hotshot executive at one of the biggest black-owned companies in South Africa.

According to a 2017 report by Sowetan, Mangena’s last known role was as chief operations officer at Pamodzi Group.

Charl Timotheus, who played Ziggy, has most recently been the subject of Twitter memes comparing him to Bruno Mars.

Have you seen this @CharlTimotheus? Been chuckling all day 😂 pic.twitter.com/IuWIxJ7kle

He has not left the television business, however. He now spends his time behind the scenes as an executive producer.

Another on of the Backstage characters who has been turned into a meme is Carlo Radebe, who played the infamous Duke.

Since appearing in Baskstage, he has had roles in shows such as Isibaya, Isidingo, Generations and films such as Sew the Winter to My Skin (2018), Avenged (2013) and How to Steal 2 Million (2011).

Baby Cele Maloka won the hearts of many when she started in Backstage as Katlego Rathebe. Until recently, she held a very prominent role on SABC1’s Uzalo.

Played by former musician Pam Andrews, she went on to gain popularity for her portrayal as Gail October on Rhythm City. She now mostly spends her days raising her son.
Bonnie Mbuli

After a starring role in the show back in 2001, Mbuli went on to become a businesswoman and television personality.

In addition to being part of the initial presenting team on SABC3’s Afternoon Express, she played roles in BBC’s Noughts and Crosses, e.tv’s Traffic and Rockville.

Very few people are able to forget South African actress and songstress Keabetswe “KB” Motsilanyane’s debut on Backstage. She played the role of a timid, soft-spoken girl with a big voice who went on to be one of the most talented students the show’s school had ever seen.

Decades later, she went on to bag roles in Rhythm City and 7de Laan as well as a role in BET’s Lebo Mathosa biopic, where she played the titular role.

Choreographer and actress Lorcia Cooper is perhaps one of the show’s best-loved characters to date. She has gone on to star in shows and movies such as Lockdown, Zulu Wedding, Hey Boy and M-Net’s Still Breathing.

At the height of her fame, Cooper was involved in a romantic relationship with fellow backstage star Clint Brink. The pair broke up at some point and have since moved on.

From playing a psycho girlfriend on Backstage to the beloved Dineo “Dinny” Mashaba on Generations – Danke has spent the last few decades as a staple on South African television.

She went on to star in SABC3 soapie Isidingo and currently heads up the cast on Mzansi Magic’s ever-popular Gomora.
Neo

When Katleho Ramaphakela starred in the show, it was as a boy toy to one of Backstage’s older characters. Now, the actor and producer spends his time creating hit films along with his siblings.

Most recently, they have delivered films such as Seriously Single and How To Ruin Christmas: The Wedding, which are both available on Netflix.

Though the may no longer be with us, the late Backstage actors who died Vusi (Sibu Radebe), Irene (Marubini Mogale), Jason (Antonio Summerton) and Nomonde (Precious Simelane) remain in the hearts and minds of Backstage viewers in the same way the Backstage theme song does.