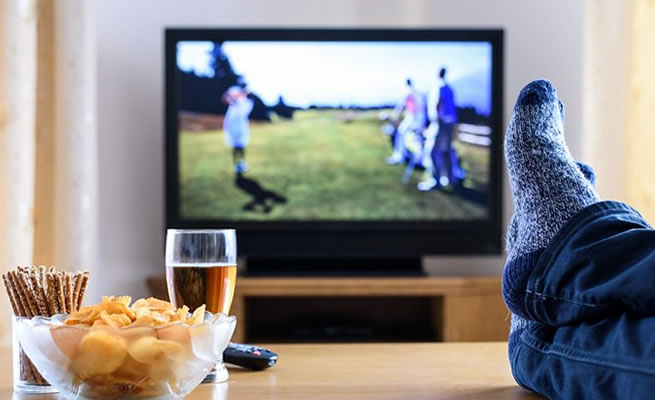 The COVID-19 pandemic has affected every industry, including entertainment. The ways in which we all experienced different forms of entertainment and enjoyed sporting events and cultural outputs have had to change and adapt to new restrictions, and in many cases, to tighter budgets. The three sectors of cinemas, casinos and video games are likely to be significantly changed as a result of the COVID-19 pandemic. Keep reading to learn more about why.

Over the last year, streaming services have boomed as the world’s population is encouraged to stay at home whenever possible. Streaming services such as Netflix have responded by launching hundreds of series and programs, some of which, such as Tiger King, have developed a global following. In an effort to capitalise on the success of streaming at the moment, a series of copycat streaming platforms have emerged, which appear to be trying to follow a similar model to that of Netflix and are attempting to capture similar audience numbers.

TV and film fans will know that dozens of different streaming platforms have launched in the last year, including Disney+, Quibi, Peacock from NBC Universal, HBO Max and more. The challenge for these new streaming platforms is to capture a market and convince a sufficient number of people that they should be registering for their platform. It is unlikely that many people will bother to register for all of the platforms, but there are content gaps missing in each of them, leading to a race to fill the market.

However, while streaming platforms are fighting one another for dominance, the true victim in all of this is, arguably, the cinema chains. Cinema chains were already struggling this year when a number of big budget, box office fodder films decided to only distribute virtually via streaming platforms, rather than in cinemas.

The technology research firm Omdia has speculated that the global cinema industry will have lost approximately $32 billion in 2020. That will be a difficult loss to come back from, especially in a flailing economy. Researchers have suggested that it is likely that large, recognisable cinema chains are likely to close almost all of their cinemas, while small, independent cinemas may be able to weather the storm as a result of their niche appeal and dedicated audiences.

The online casino industry has grown exponentially over the last decade, and it continues to develop, mature and expand. However, the industry extended to a new demographic over the course of the last year.

The COVID-19 pandemic meant that many places where people would typically go to gamble, such as casinos and bookies, had to be closed. However, gamblers still wanted to play and test their luck, and as a result, many gamblers who previously would never have tried using mobile gambling platforms or online casinos opened their first accounts, downloaded apps and gave it a try.

Many people who have tried online gambling and mobile gambling this year for the first time will likely continue to gamble online. There are several benefits to gambling online, including convenience, ease, comfort and the ability to shop around and review the odds and registration bonuses of a seemingly limitless number of online casinos. As the pandemic continues, it will also be a safer option for gamblers who are more advanced in age or have health considerations.

Those who prefer going to physical casinos to gamble will find that online casinos, such as live dealer online games and casinos, increasingly offer games and experiences that rival those offered in brick-and-mortar establishments. Casinos with a physical presence will continue to exist and cities such as Las Vegas are never going to disappear. However, the rise in popularity of online casinos and mobile gambling will instead challenge the industry to continue to innovate and develop brick-and-mortar casinos that can compete with their digital counterparts.

The future of gaming

Video games are also likely to change significantly following the COVID-19 pandemic. Gaming was already growing into something of a spectator sport before the pandemic, as streaming services such as Twitch racked up record numbers of views and generated top profits. However, the need for social interaction, which successive lockdowns have caused, along with the temporary moratorium on traditional sports, has led more people than ever to start watching (and enjoying) esports and gaming. As viewer numbers rise and more people begin to enjoy watching gaming events, the spectator aspect of the industry is likely to continue to develop and expand, and so will its profits.