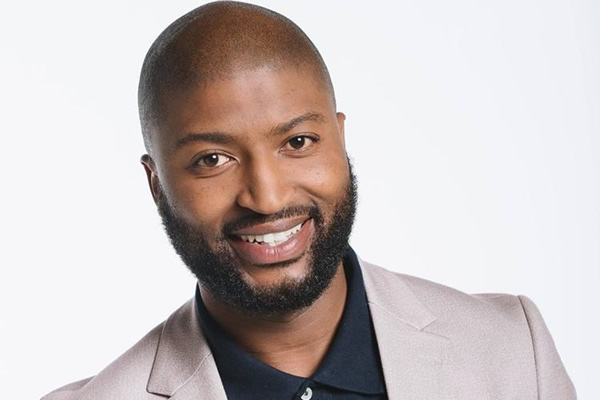 Lerato Makhetha is the son of one of South Africa’s greatest actors Jerry Mofokeng so it comes as no surprise that he has taken to following in his father’s footsteps.

He appeared on SABC 3’s Isidingo on Monday night and although his appearance as Ntando Sibeko was only for few seconds, the actor revealed that it was just an introduction of a man who is about to turn things upside down in the much loved soapie.

The actor is taking over the role previously portrayed by Loyiso Mcdonald who now plays Kagiso Khoza in Mzansi Magic’s The Queen.

Speaking to DRUM, Lerato revealed that he auditioned for the role two months ago and started shooting a few days later. But his first day on set was nerve wrecking.

“I was a mess. It’s the most chilled production ever but I was nervous,” he explains.

Lerato plays a no-nonsense Ntando, a son of businessman Lincoln Sibeko. “He is going to cause havoc”, assures Lerato.

His big break comes a few months after a newspaper article alleged that the actor almost died in a fire last year. However, Lerato who has featured in numerous Mzansi Magic low budget dramas like Chicken Murder and Wena Wedwa dismissed the allegations.

“I didn’t almost die. I didn’t even inhale any smoke. I was working at this office park and I heard what sounded like an explosion. I walked out to investigate, that’s when I saw a caretaker’s place on fire.”

He says he quickly ran to get a fire extinguisher to put the fire out.

“I saw that the guy (the caretaker) was inside, I was shouting for him to get out. I can’t put it on record what he was thinking or not thinking but I needed to get him out.”

Since Lerato was the first person on the scene he had to give the police his statement. It was the owners of the place who opened a case of arson against the caretaker not Lerato.

Since he didn’t almost die and he is perfectly fine, the actor wants to focus all his energy in his acting and music career.