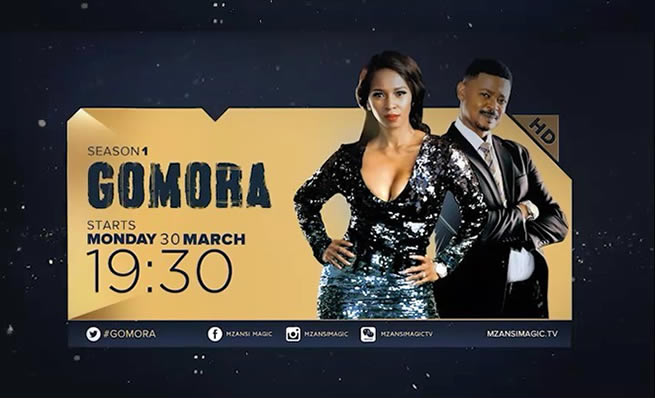 Danke will lead the cast of Gomora that drew inspiration of its title from the infamous section of Alexandra township, northern Johannesburg.

She will play a trophy wife whose life is turned upside down after an unexpected event.

Actor Themba Ndaba, renowned for his role as Brutus on The Queen, will also feature in the telenovela.

"Gomora is a refreshing new series that narrates a riveting home-grown story and features a rich tapestry of strong female characters. These are just some of the elements our viewers can expect from Africa's most-loved storyteller," said Nomsa Philiso, channel director at Mzansi Magic.

The show will air Monday to Friday from March 30 on Mzansi Magic at 7.30pm, replacing Isithembiso when it concludes after three seasons.

Helmed by Clive Morris Productions, the show is currently running under the working name Isono – The Sin. The channel declined to share details on the upcoming show.

"BET Africa continues to further its commitment to invest in and bring must-watch locally brewed content that is relevant, fun, bold and entertaining to our audiences," said Monde Twala, senior vice- president and general manager, editorial, for ViacomCBS Networks Africa.

"There will be a number of game-changing announcements for the channel and we encourage our viewers to keep tuned in for the latest in upcoming content."

With SABC 3 show Isidingo concluding after more than 20 years today, the channel said it would air reruns of the soapie in its time slot until they find a replacement.

"The SABC is currently in the process of repositioning its television channel SABC 3. Following the series finale on the 12th of March 2020, the channel will be offering in that time slot an opportunity for its viewers to take a trip down memory lane and celebrate the best and compelling moments brought by the long-running programme, Isidingo," said acting SABC spokesperson Mmoni Seapolelo.