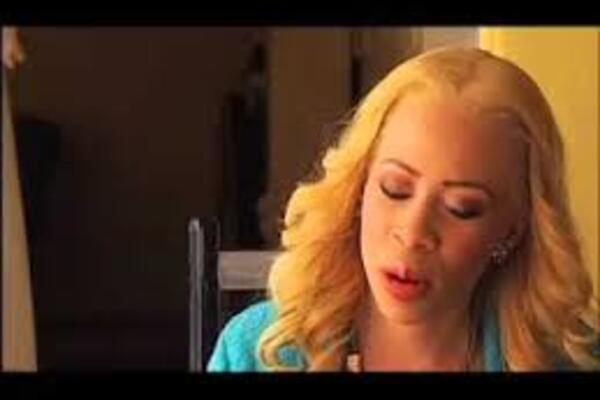 Refilwe (34) who features as the chief character in the international film, White Gold, managed to swim against the tide and she is regarded as one of the first South African professional fashion models living with albinism.

Be that at it may, the film has been shortlisted for the Pan African Film Festival in Los Angeles in the United States of America.


Refilwe is so proud of being part of the film which has since attained a top feat in the world of entertainment after being selected for the awards. “That means the film qualifies for the Oscars,” Refilwe said.

Setting the ball rolling, Refilwe gave a short performance to show her skills and suitability for a role in the short film (a little over 17 minutes long) which was shot by United Kingdom-based filmmaker Luke Bradford in a week in Walkerville, south of Johanesburgy. Little did she knew that it was the beginning of her international journey in the arts world.

Meanwhile, South Africans will have the opportunity to watch it at RapidLion Film Festival in Johanesburgy set for March this year.

Refilwe said she was delighted, surprised and overwelmed by emotions when she was informed that she had landed the role. “The story has many dynamics that opened conversations about albinism.

“When we got to do the acting part, I was full on. I gave it my everything. Afterwards the director told me to get ready for an award show because the performance was incredible. It was hard for me to take in because people with albinism tend not to be taken seriously,” she said.

Mansa, a teacher with albinism, hails from a village where it’s presumed to be true that the body parts of people living with albinism brings good fortunes when added to potions. When a witch cuts off her arm for a potion, she was left so bitter that she wanted a revenge.

“Mansa’s father [played by Witness Magoswana] gets involved too,” she said. “He goes out and looks for the witch on her behalf and brings him to her.”

Refilwe said although she clearly understands the unfair treatment that Mansa experiences, in real life she doesn’t live in that fear. She banks on a great support system in her family who from a tender age taught her the strong values of being self-assured and that she didn’t need any approval from the world.

“I could be myself. I’m not going through what other people living with albinism in Africa are going through. We have a different experience here, although we can relate to not feeling like we belong. Even at school, my friends never isolated me,” she said.

Playing the character Mansa was not an easy task for her. “I had to put myself in someone’s shoes and to dig through your own pain to channel the role was hard,” she said.

Refilwe explained that the role helped her to manage and control her own emotions about growing up with albinism. “The toughest part was Mansa’s breakdown because of its vulnerability. I had to be in a space where I was vulnerable,” she added.

Although she once featured in a United States television series called Of Kings and Prophets a couple years ago, White Gold is Refilwe’s debut lead role in an international film. Her acting curriculum vitae is so rich, as she has also acted in Tell Me Sweet Something, The River and Generations.

She said she screamed with joy when she got the good news that White Gold had made it to the Pan African Film Festival.

“I lost my mind. You’re given an opportunity to tell an authentic story on a global platform. You’re given the ability to shut the noise in terms of people questioning your capabilities as an actress,” she said.