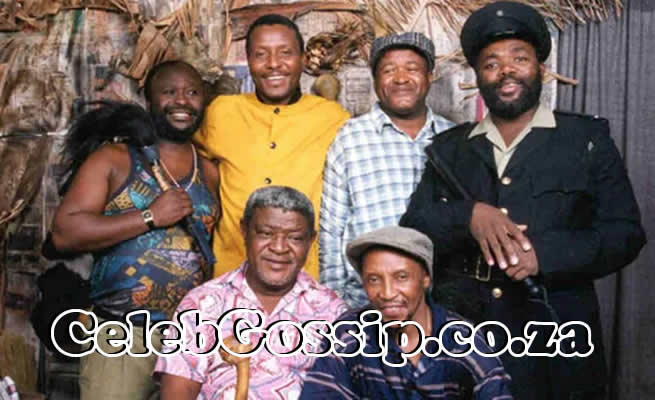 The sudden passing away of some of the casts in Emzini Wezinsizwa left so many in awe and other actors who are alive in perpetual fear as they do not know who is likely to be the next on the list. But how many have passed on and who are those that are still alive? What also led to the death of these iconic comedy actors? These form part of what this article on Emzini Wezinsizwa is hinged.

Emzini Wezinsizwa was a situational comedy that reigned so much when it aired between 1994 and 2004 on SABC1 in South Africa. Written and produced by Muziwakhe Shabangu, the TV comedy series focused on five adult males who needed to earn a living and so had to move to a hostel in Johannesburg. Unfortunately, the room that they lived in was such a controversial and popular room as far as the hostel is concerned, and as a result, they never obtained the favour of the authorities of the hostel.

Although, the drama comedy centred around five actors, because of the high salary demands and rebellion, Phele, Mqwebu and Nkosi had to be fired and then replaced with Augustine Shitolo, Siphiwe Nkosi and Siyabonga Twala for the next set of Emzini Wezinsizwa episodes.

1. Shadrack Ngema
Known as the Magubane the traditional healer, Shadrack passed away at the age of 65 in December 2015 based on complications that had to do with the heart. While he was still alive, not only was he a TV actor but also a radio personality on Ukhozi FM as well as a voice-over artist.

2. Roland Mqwebu
Roland is an Emzini Wezinsizwa cast who died based on an issue with his kidneys at a Durban hospital in August 2015 lived till the age of 74. While in the comedy-drama, he played the role of Mkhize Khabazela. Before his death also, he was also recorded to have acted on Shaka Zulu as far back as in the '80s.

3. Bafana Mlangeni
Best known as Sibeko, Bafana played the role of a drunken snitch that caused so many havoc for the rest of the men who lived at room 8 hostel. He passed away in a Soweto hospital in July 2015 after he was acclaimed to have suffered from diabetes.

4. Nyembezi Kunene
For anyone who really watched the episodes of Emzini Wezinsizwa, then Mchunu should not be new to them. Nyembezi was the security guard known to be authoritarian in the hostel. Until his death in June 2016, he had to battle with diabetes for a long time. Apart from being a cast of Emzini Wezinsizwa, the last acting days of Nyembezi were on Generations, and there he played the role of Malum' Jabulani.

Washington Sixolo
Popularly known as Jwara in this sitcom, the account of the death of Washington came after he was said to have suffered from a series of illnesses which also made him to be bedridden for a long time. Based on reports, shortly before he eventually died at the age of 83 in 2017, he was rushed to Chris Hani Baragwanath Hospital from where he lived in Soweto on a Saturday before he died at 11:00 on Sunday morning.

Apart from these great comedic actors that have died, the remaining Emzini Wezinsizwa actors who are still alive are said to be enjoying sound health. These include Vusi Thanda who played the role of Moses Tshawe, Jerry Phele who acted as Thabang Mofokeng and Jabulani Nkosi who was Benson Chirwali in the sitcom. They also have become a source of hope to everyone that all should be well with Emzini Wezinsizwa comedy.