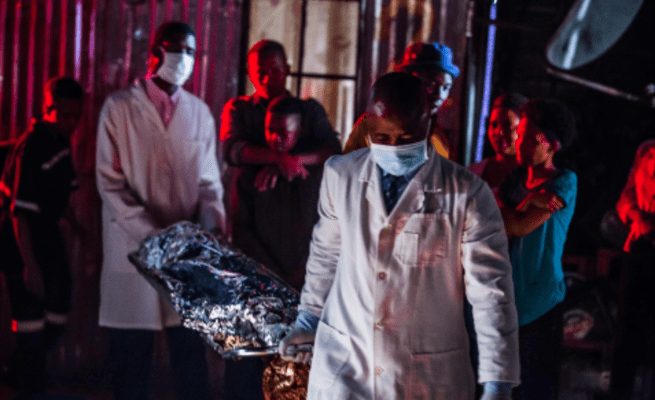 Rhythm City is known for addressing various social cohesion issues that affect South Africans on a daily basis and the show will once again demonstrate how violent crime affects young people.

In the show’s current storyline, a gang led by “Chicken”, played by Nelson Ntombela, rules the streets of DK and they are feared. The gang leader finds a way to lure a young Dumi, played by Siyabonga Mtshali into a life of crime.

Dumi’s decision to leave the gang proves to have dire consequences and on Monday, 1st April, e.tv viewers will witness how this affects families.

The gang wants to prove they have a hold on the young Dumi. Chicken and his thugs set Dumi and his families’ shack alight with his little sister Dineo sleeping inside. Dineo dies in the blaze.

“Young people are often led to think that crime is a way out of poverty and popularity. Nothing could be further from the truth and it’s reflected in the current storyline. Once they step into that world, everybody loses and in this storyline we see Dumi’s family suffer from the very violent death of young Dineo”, says Rhythm City’s Executive Producer, Pontsho Mdakane.

Mdakane went on to add that Rhythm City will continuously work on developing storylines that resonate with South Africans and are educational.