Home Entertainment CUTE: Bonang hangs out with Trevor Noah on his birthday 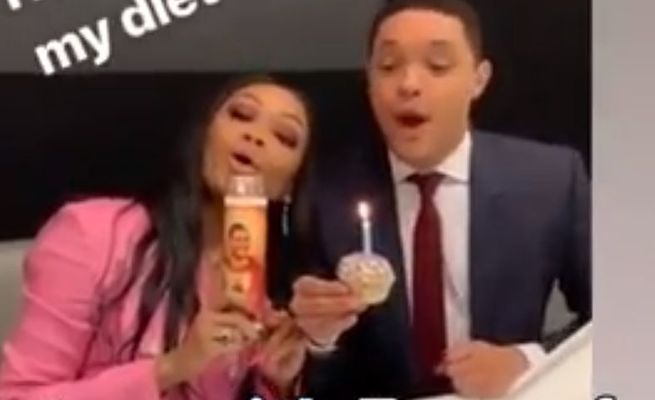 Johannesburg – While in New York City, Bonang made sure to pay a visit to her friend Trevor Noah on his birthday.

The star, who revealed to The Juice in January that she will be moving to New York for a short while, shared images and videos of herself in the beautiful city, including snaps of her enjoying the snow.

Besides soaking up the New York nightlife, Bonang also met up with Trevor for his birthday on Wednesday.

The star posted clips on her Instagram Stories of herself attending a recording of The Daily Show, and later meeting up with Trevor to celebrate his big day with a few cupcakes.