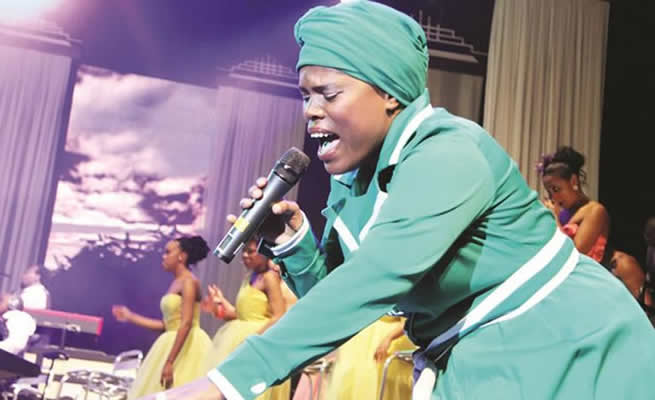 According to the star, she used public transport to get to gigs. The gospel singer (34), who shot to fame with her Zion rhythm songs in Joyous, said she was going through a financial crisis and that her music career has taken a dive.

Insisted Sphumelele: “My car was written off and I can’t buy a new one. I don’t have money. But I believe what’s happening to me is an attack from the devil. I won’t give him that satisfaction, that’s why I go to church.”

Sphumelele told the SunTeam her situation went from bad to worse after being involved in two car accidents last year in as many months. The gospel star was involved in an accident while travelling in her Mercedes-Benz C180 on the N3 near Westville in Durban, KwaZulu-Natal.

She was on her way to dropping off her son Sinqobile Ntuli (14) at KwaNgcolosi, KZN. Her car was written off.

On 18 December, she was also involved in a car crash while driving her friend’s car. She was on her way to a prayer session in Durban.

These accidents weren’t her first. In December 2017, she spent three days in hospital following another car crash. She told the SunTeam the accidents left her broke, as she was neither able to perform nor promote her music.

“I released an album in 2017, but can’t promote it. I’ve missed many opportunities, but I’m soldiering on. Nothing can bring me down forever. I’m down at the moment, but I’ll get back on my feet,” she said.

Despite all the challenges she has had to face, Sphumelele expressed eagerness to produce a live DVD recording.