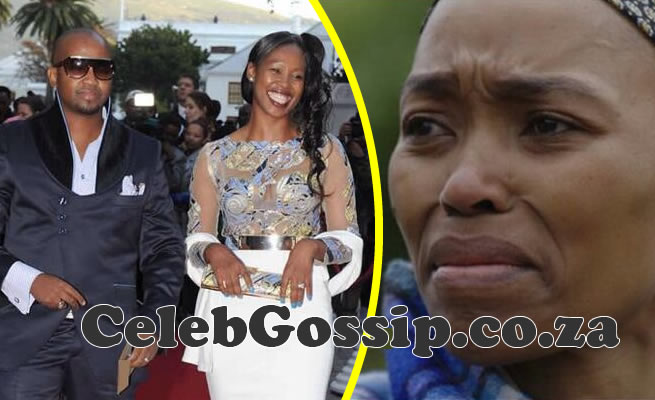 Deputy minister of telecommunications and postal services Stella Ndabeni-Abrahams’s marriage to her husband Thato Abrahams has been tossed into the post box of troubled nuptials.

This comes after she discovered that Thato allegedly had sex with ANC Youth League (ANCYL) national executive committee member Sizophila Mkhize in their house in Silverton, Pretoria, earlier this year.

After hearing that Stella discovered the extramarital affair, and that the deputy minister posted pictures of her on Facebook with funny captions and comments, Mkhize allegedly contemplated taking her own life.

In a message she apparently sent to ANCYL president Collen Maine for intervention, Mkhize asked him to take care of her son and mother.

“I have never thought of taking my own life but this is beyond me. Please do take care of my mother and my son. I’m sorry I messed up. Maybe I’m a coward but its (sic) ok. I don’t deserve to live,” it reads.

Maine allegedly posted this message on the ANCYL WhatsApp group apparently after a political fallout with her. Maine couldn’t be reached for comment.

“Thanks for the info, please do send me the proof of my husband’s cheating after your story or whenever you feel it’s OK. As for me, it’s not about the news but knowing what happened,” she said in a written reply.

“Maybe your imagination forces you to believe that I also see what you see. If you don’t want to give it to me keep it, maybe it will change your life. Just for your information and advice, never bring gossip about my marriage if you can’t help me prove it.”

Mkhize, who is fondly known as Sizo in political circles, denied she has had an adulterous affair with Thato.

“I have never been involved with any Thato, worst Stella Ndabeni’s husband. I guess that answers all your questions and therefore there is no need for me to run to anyone,” said Mkhize in a written reply, adding that the allegations were part of a political smear campaign to discredit her.

“I am also not friends with Stella on Facebook, so I wouldn’t know what she posts, but still it wouldn’t make sense for her to post my picture with such a reference. Perhaps I should also make it clear that I understand that these are (sic) dirty politics at play. The timing of these fabricated and polished lies and the person mentioned on it makes it obvious that it has everything to do with the upcoming national congress of the ANCYL.”

Thato also dismissed as untrue the allegations that he had a clandestine affair with Mkhize. But Sunday World is in possession of a torrent of WhatsApp conversations which seem to prove that the three clashed over infidelity.

Two sources who didn’t want to be named for fear of reprisals said Stella discovered about the affair when she stumbled upon nude pictures of Mkhize in Thato’s cellphone in August.

“Stella lost her phone and Thato borrowed her his cellphone [but he] forgot to delete the raunchy messages and the nude pictures in [the phone],” said the source, noting that Thato had confessed to Stella that he rogered Mkhize in their apartment not far from their official residence in Waterkloof.

“He went there with her and they had sex. After their session he apparently took nude pictures of her and saved them in his cellphone.”

The other source said Stella was so devastated about Thato’s alleged straying ways that she wanted to dump him because she is worried that they didn’t use protection.

But her retinue advised her not do so.

“She decided to let it slide after hearing that Sizo was so embarrassed about what she did and even contemplated suicide. But she is still hurting about this,” said the mole.