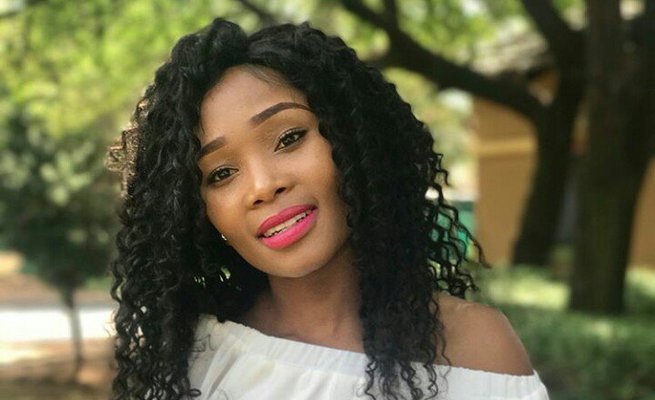 Innocent Sadiki has kept us captivated with her character on one of Mzansi's most loved soapie and ever since she made her debut on the show, she has become a household name.

After spending several years striding in the entertainment industry as an actress and a presenter, she has now started an online show with her twin sister, Millicent, called 'My Baby Bump'. The show focuses on all things pregnancy and motherhood.

Innocent who has won over the hearts of Mzansi with her character Sthoko on Skeem Saam revealed a few months ago that she and her hubby‚ Pastor Phindu Sadiki are expecting their second child.

Here are the eight things you didn’t know about Innocent.

1. Her other names are Asnath and Thabang.
2. She is a pastor’s wife and she regularly preaches at church too.
3. She has an identical twin sister named Millicent, who also has her own identical twin boys.
4. She got married at the age of 22 and still happily married 7 years later.
6. She is an award-winning presenter for the Best TV personality-Christian at the Mzansi Christian awards 2016.
7. She is really good at cooking great food and baking delicious scones.
8. She is extremely shy, so she prefers to stay in the house reading books and listening to music for fun.

She really enjoys going to gym; she spends most of the time running on the treadmill and ending it with a swim with her 5-year-old daughter. And now she is expecting another child and she posted pictures showing off her baby bump.

I know, I know… it’s a big #babybump @mybabybump_show #Presenter . I love ❤️ presenting this show. love being #pregnant #mommytobe thanks @kbubblesdesigns for the 👗 and @dewsbeautystudio for the makeup 💄. And @resentia_prod for the pics

Psalm 128:3 @phindulo Your wife will be like a fruitful vine within your house; your children will be like olive shoots around your table #pregnant #mother #blessed #mybabybump #babycomingsoon #babyloading #mamasandpapas

#indiscribable #Joy 🙏🏾Thank you Jesus for the fruit of my womb. @millymashile always by my side 😂 Psalm 127:3 Behold, children are a heritage from the Lord, the fruit of the womb a reward Dressed by @kbubblesdesigns makeup by @boitydoll

Some #gifts come BIG and BEAUTIFUL ❤️ #mommytobe #flashbackfriday #cantwait #babybump #babyonboard . Counting my blessings one by One ☝🏾

#wcw goes to our talented presenter @innosadiki She looked 👌🏽👌🏽👌🏽👌🏽 pic.twitter.com/SNsiWJ2mVy