Home Celeb Gossip The Herd actor Winnie Ntshaba had to pray and get her pastor's... 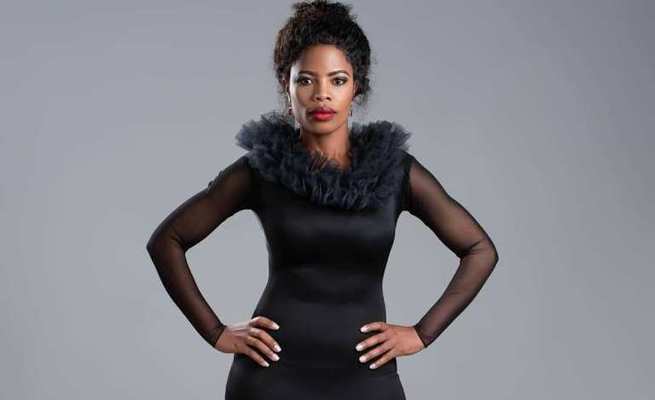 While the US has the powerful witch in Angelina Jolie playing Maleficent, we have MaMngadi of the relatively new Mzansi Magic drama The Herd.

But unlike internationals who marvelled at Jolie's witch attire, witchcraft in SA is not something taken lightly.

In fact, Winnie Ntshaba, who gives a powerful performance in the Sunday night drama, says she had to seek church counsel before accepting the role as a witch who practices black magic.

"As a devout Christian, I approached my pastor and told him this is a huge opportunity for me, but I also don't want to enter the realm of darkness, as I know spirits and spells exist.

"I can't turn around later and say, 'I was joking'. The pastor advised me to pray and go ahead with the role, as it's work. He also said the church would cover me in prayer so I would be protected from any evil forces," says the passionate Ntshaba.

Having become a big name as Khethiwe on Generations in the 1990s, she took a break from major roles after the Generations debacle of actors striking for their rights and remuneration.

She also changed her surname from Modise to her maiden surname after her divorce in 2013.

But she says even though she had some small parts in soaps like Isibaya, The Road as well as advertising gigs, she craved to do something more as she felt a bit absent from the industry.

"Acting is my calling. Call it a cliché, but it's like my soul wanted more than just small roles. I decided to put all my effort into it and go for auditions when my agent called. That's how I scored this current role," she says.

Being an A-student in maths and science in the 1980s, she thought she would naturally gravitate towards medicine.

But when drama classes were introduced in her matric year, she fell in love with the craft, and being scared of needles and blood, she happily convinced her parents that acting was what she wanted to do.

She obtained her BA drama honours degree at the University of Natal in Durban in 1997 and scored her first role on e.tv's Backstage, where she played a pregnant street kid.

Ntshaba says her role as a witch is as challenging as playing a domestic who built herself up to be one of the lead roles in Generations.

"Although I couldn't research the current role, I know that evil happens and tapped into my skills to bring justice to the character. It's all about passion," she says.

She also credits her new- found self-confidence and maturity in her 40s for her delivery of the role.

"I am enjoying my 40s. I have been through so much in my personal and professional life which I don't wish to rehash. I don't regret those experiences, but I am thankful for the lessons they taught me.

"Now I am no longer a people pleaser – I am doing me and I am happy," she says.

She says it's not about being relevant in the industry, and if any aspiring actor wants to succeed, they should not do it for that.

"Relevant for who and for what? The need to be relevant is why we have talented artists being depressed and killing themselves. It's way too much pressure. I am no longer a liker of things who wants to be seen at every social gathering.

"I am content being with my family and being at peace," Ntshaba says.