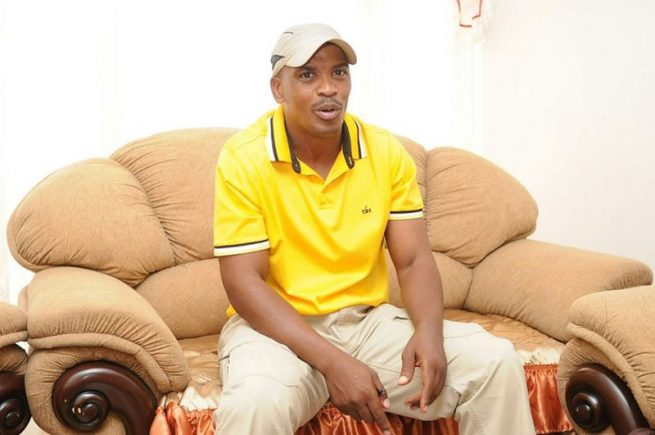 After spending 13 years in prison, the last thing Eric September wanted was an unscrupulous lawyer to run away with his money.

The former Bafana Bafana player has alleged that lawyers Ronald Bobroff & Partners disappeared with a more than R1.4 million payout by the Road Accident Fund (RAF). But the law firm has previously denied receiving the payout.

September, who during his prime years played for Kaizer Chiefs, Sundowns and Jomo Cosmos, has admitted that he is struggling to make ends meet.

This week, the 52-year-old was at pains to tell City Press that he has hit rock bottom financially and has been battling to take care of his family since his release from prison almost eight years ago.

What has hurt him the most is the R1.4 million he claims was paid by the RAF in 1999 to his lawyers, Ronald Bobroff & Partners, the firm dealing with his accident claim – which he said he did not receive.

He said the specialist personal injury legal firm acted on his behalf after he was involved in a car accident in 1994. He sustained head and spinal injuries, and also hurt his left leg.

This was before his arrest, in 1997, for the murder and rape of his wife. After awaiting trial for three years, September was sentenced in 2000 to 27 years in prison. He was released in 2010.

In July Sunday Times reported that Ronald Bobroff and his son, Darren, had fled to Australia in 2016, while an investigation was being conducted by the Hawks. The two were facing possible prosecution by the National Prosecuting Authority (NPA) relating to allegations of fleecing RAF victims out of millions of rands.

It was reported at the time that the NPA had also returned the docket to the Hawks to finalise the investigation.

The NPA had also attempted to seize two bank accounts in Israel belonging to the two lawyers and have it forfeited to the state. The matter was scheduled to be heard on Thursday, but on Friday, NPA spokesperson Luvuyo Mfaku said the case had been postponed indefinitely, until “the pleadings are finalised”.

Attempts to get comment from the Bobroffs proved futile. Emails bounced and office telephone lines were engaged.

Since his release from prison in 2010, September said he had tried unsuccessfully to recover his RAF payout.

In desperation, September said he even requested assistance from the office of former president Jacob Zuma in 2011, but there was no response.

“My life has been affected since I had the accident because I never worked. I don’t have the means to take care of my family,” he said.

He said his son had dropped out of university and his second wife, Ziphorah Nobantu, was paying fees for their second child, who is studying at a private college. “I feel bad. I cannot put food on the table. It’s really painful to see my wife living as she does for our survival. I used to live a luxurious life. I had a house from 1993 in Dawn Park, but I couldn’t afford it after the accident and returned home to North West in 1996.”

He has also been unable to use his teaching qualification, which he obtained in 1992, and his Confederation of African Football B coaching licence, obtained in 2012.

“I don’t have a job. It’s hard … It’s through the grace of God that I’m still alive and I’m a moving testimony of good and bad life experiences,” September said.

He said he had been told by officials within the RAF that the R1.4 million was paid to his lawyers in 1999.

However, in a letter seen by City Press, dated April 2002 and signed by Ronald Bobroff, the lawyer writes a response to September following his enquiries relating to the payout.

Bobroff denies there was a payout, saying: “It is therefore not correct that this claim has been approved by the RAF in June 1999 and we have never received any monies from the RAF in this matter.”

But RAF chief marketing officer Phumelela Dhlomo said the claim was finalised – meaning it had gone through all steps of the claims process.

“The RAF can only confirm that the claim was finalised on September 6 1999. However, the time provided by City Press is insufficient to thoroughly investigate the matter further, taking into consideration that the file is 19 years old and the media query was only forwarded to RAF on Thursday.”

Dhlomo said the RAF was not permitted to interfere in an attorney-client relationship.

However, Dhlomo said if claimants had complaints against their attorneys, they could refer the matter to their respective provincial law societies for assistance.

Dhlomo declined to comment on issues relating to Bobroff, saying it was currently being handled by law enforcement agencies.

Ros Elphick, spokesperson for the Law Society of SA, said she had referred enquiries to the Northern Province Law Society for comment, but it had yet to respond.

All September wants is closure and a chance to pick up the pieces and rebuild his life.