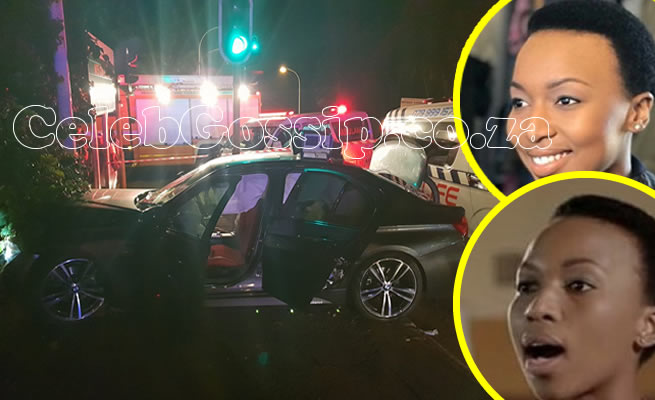 The 22-year-old actress Enhle Gambushe, who made appearances in e.tv's local drama series Imbewu, has died after a car crash in Durban early on Saturday morning.

According to reports the actress was travelling with four other people when their vehicle crashed into a wall on Botanical Gardens Avenue in Durban.

The identity of the other woman, also in her 20s, who also died on the scene is not yet known.

Enhle, who studied television production at AFDA in Durban, appeared in the role of Nonhlanhla in the Grapevine Productions series.

She died just after 01:00 on Saturday morning after sustaining major injuries.

Portia Ncwane, 25, who plays the part of Sli on the drama series, said in Gambushe, she had finally found her long-lost ‘twin sister’.

“Rest in Peace sthandwa sami (my love). There's alot I still want to say to you. I had finally found my twin sister. We just found each other again and now you're gone, I meant every word when I said I like you, because you join in on my weirdness… GOD only takes the best and you were the best sthandwa sami (my love),” she wrote.

According to the police the 47-year-old driver of the BMW will be charged with culpable homicide and will appear in the Durban Magistrate's Court on Monday.

"It's unbelievable. We are liaising with the family and they have requested space to deal with this tragedy," said Leleti Khumalo, executive producer of Imbewu: The Seed, in a statement.

A 47-year-old man who had been allegedly driving the BMW they were travelling in, was arrested and charged with culpable homicide and driving under the influence on alcohol, police said. The man is expected to appear in the Durban Magistrates Court on Monday.

Enhle Gambushe was in a fatal car accident in DBN. The car, with 5 occupants, reportedly hit a wall. 2 people died.

Enhle played the role of Nonhlanhla Imbewu: The Seed.

She was just 22 years old. May her soul rest in peace & condolences to her family #RIPEnhleGambushe pic.twitter.com/ZGVBjOA1d9