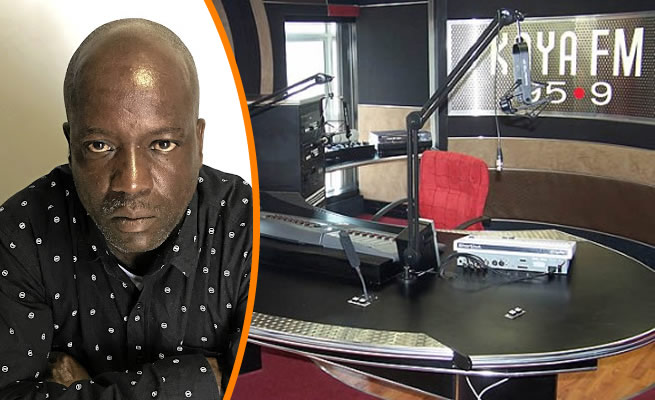 Kaya FM has been rocked by an embarrassing scandal of sexual harassment and xenophobia involving a then foreign national employee and his colleagues.

Nkosinathi Tshuma who was fired from his position as the station’s branding specialist, has accused a male colleague of sexual harassment after he allegedly told him to bend over so he could bonk him from behind. The Zimbabwean-born Tshuma has also accused another female colleague of xenophobia after he alleged she spat numerous times in his presence and complained that his bums had a foul smell.

The shocking allegations are contained in Labour Court documents Tshuma filed against Kaya FM to challenge his dismissal. The matter is to be heard on a date still to be decided.

Speaking to Sunday World this week, Tshuma alleged that he was working in his office when the male colleague waltzed in and asked him to bend over so he could have sex with him from behind.

“He, without any provocation said ‘Nkosinathi can you bend over so that I can have sex with you from the back’. I was so angry and I told him that I was much older than him and didn’t appreciate what he said to me,” he said.

Tshuma said one of their colleagues, reprimanded the offensive colleague and told him Tshuma was old enough to be his father. He also claimed he endured another humiliation from his female colleague.

“On several occasions [name withheld] would say ‘go nkga marago mo’ (his bums are smelling) and spit on the floor whenever she walked past me. I heard her telling one of my colleagues, who giggled and said ‘you know that makwerekwere ( derogatory word for foreigners) ba nkga’ [you know foreigners smell badly]. I then asked one of my colleagues name (withheld) to tell both of them that I didn’t like what they were saying about me,” he said.

He said he was later summoned by the station’s human resources specialist Ntswaki Mokoena, who told him that the female colleague complained to her that he was having a bad odour.

“I complained about these matters but they did nothing. Instead they took me to a hearing and fired me for being involved in an accident using a company car and for also sleeping while at one of the station’s events.”

In court documents colleagues allege Tshuma was drunk at an event. He also got a final written warning for driving a car without permission. Kaya FM station manager Greg Maloka confirmed that Tshuma was shown the door and a battle ensued at the CCMA.

“The CCMA found in favour of the company. Mr Tshuma enjoyed growth and support at Kaya, starting out as the company’s security personnel to being grown into the marketing department to assist with branding duties at various Kaya events. As with all our team he enjoyed support and investment in resources, knowledge and monetary.

“Some of the allegations relate to historical or irrelevant events that were dealt with already, not pursued by him or fabricated to deflect attention from the true reasons for his dismissal, which concerned his personal behavior and abuse of company resources.

“The situation we find ourselves in with Mr Tshuma is unfortunate, however, I can assure you that the station explored every avenue for amicable solutions and Mr Tshuma could not reciprocate,” said Maloka.