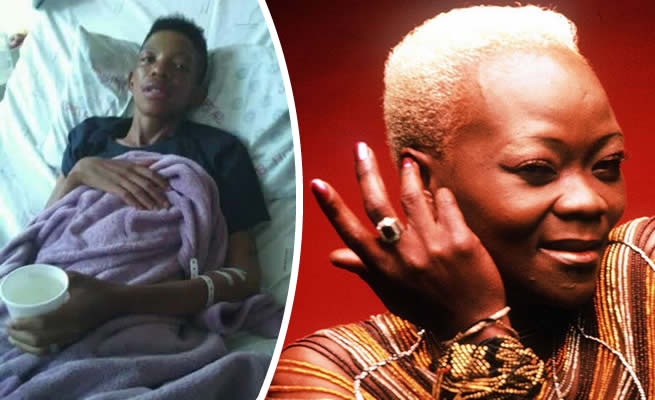 The issue of celebrities who die without money has been a great concern for most people lately, leading to a number of assumptions about the way the industry is and how the celebrities use the use money.

Most celebrities who passed on broke never seemed as if they had no money while they were still alive, the news that they were sinking deep in debts and had dry pockets rose when they were no more.

Some people raised a point of how celebrities squander money on the fancy and luxurious lifestyle living more for the moment and caring less about the future. Others argued that those celebrities just fall into the pressure and temptation of the industry which they believe can rather be hypnotising.

It is common for some celebrities to have been 'outdated' when they die, no matter the reason the issue seems to be occurring more lately.

Here is a list of celebrities who died poor and without a will.

1. Lundi Tyamara
Lundi died in January 2017. AT the time of his dead, the was both dead broke and homeless. Lundi, who sold millions of albums and raked in millions of rands in gigs and royalties, was kicked out of the townhouse he was renting in Mondeor, Joburg south, by its owner. After he was kicked out, Lundi sent a female friend a WhatsApp message and pleaded with her to lend him R950 to pay a storage fee for his furniture at an unidentified storage facility.

2. Brown Dash
Brown Dash died in May 2012. He was a Kwaito musician and was said to be living in a commune in Melville, west of Johannesburg. Brown Dash died a pedestrian and a poverty-stricken man with only the clothes on his back. When he died, fellow musicians came to help with funds to give him a dignified funeral.

3. Brenda Fassie
A South African Afropop singer who was crowned as the The Queen Of African Pop. She died in 2004. She had a son Bongani who said he inherited a lot of money from his mother but seems to be struggling financially. Brenda was a drug addict so that should explain why died broke and poor. After her long legal battle , her family paid out all the money she made during her career.

4. Pro Kid
Hip-hop mega star Prokid (real name Linda Mkhize) died in the arms of his girlfriend, Mandisa Mbanjwa, whom he had been seeing for almost a year. Prokid died in August 2018 due to a rare cause of bleeding in the gastrointestinal tract. So broke was Prokid that government had to assist with his burial arrangements.

5. Mandoza
Mandoza died on 18 September 2016. According to his family, he was being treated for pharyngeal cancer prior to his death and had lost his eyesight. Although his family tried hard to quell rumours that Mandoza died poor, till today many still believe Mandoza left nothing to prove he was living large.

6. Senyaka Kekana
He was a kwaito that won the hearts of many South Africans, he died of pneumonia after spending two weeks in Hospital. He was so broke that his family had to ask for donations to pay for his funeral.

7. Baby Jakes Matlala
A South African boxer and junior flyweight who sadly died in 2013. During his career he put South Africa on a high flag and won numerous matches. It was a surprise that from all the money it was assumed he made on his career he died poor.

8. Ray Ntlokwana
Famously known as Velaphi for his hilarious character on one of South Africa's 90's shows 'Velaphi'. He won a national award for his character. It was unfortunate that his career had him go broke and poor while he had 6 children. For his funeral, had to set up a bank account. He died in 2000.

9. Zayn Adam
A cape town singer who entertained many South Africans with his music. He died at 68 he was struggling with Heart problems. He died poor. This should be a good example to most people that even celebrities are humans and they can have financial issues. Blame it on the high life, but whatever the case, money is an issue for everyone.