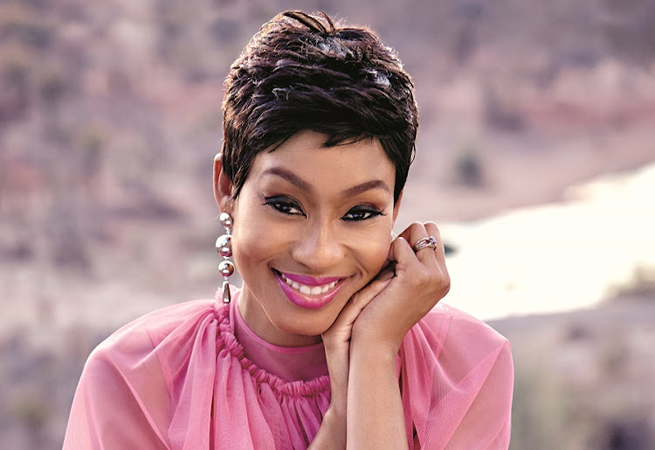 Just three years shy of having been married for 20 years, actress Kgomotso Christopher and her husband Calvin recently celebrated 17 years of marriage.

The couple, who mostly keep to themselves, celebrated the milestone and gave fans a sneak peek into how they spent their anniversary.

The proud parents went to watch their 12-year-old son perform as part of their celebration. Lesika is part of the Drakensberg Boys Choir.

“How the 17th wedding anniversary was spent. Just like 17 years ago we were blessed with showers of rain. Seventeen years later, we were blessed to be serenaded by the sounds of the Drakensberg Boys Choir, where we watched our little one perform.”

Kgomotso and her hubby have loved each other since they were young and have survived being in a long distance marriage since Calvin got a job opportunity in Dubai.

Calvin has kept the love burning with his small and big romantic gestures.

What that has afforded for our family, is opening the world to us. Travel has become part of our lives. During school holidays we go to Dubai."

Kgomotso said that her husband would sometimes travel from Dubai every weekend just to be with his family.

"My husband is an amazing dad and when he's around, he makes sure he's completely involved."

In 2018, Calvin made Kgomotso's childhood dream of having a piano a reality when he surprised her with one.

Taking to Instagram Kgomotso was blown away by the gesture.

“He told me to rush home because there's a guy who needs to fix his sound system. This is what I found, a whole Baby Grand. It's not my birthday, it's not even my birthday month .but this is a present I've hoped for since I was a child and he knew.”

The actress said she fell in love with the piano as a child and begged her parents, who weren't wealthy, to send her for piano lessons.

“It was only for one year. In that year my piano teacher told me not to give up on playing, even if we didn't have a piano at home. She told me to practice at home on the kitchen table and spend all my days in the school music room. I did, .and in one year I took the Royal Academy of Music Board exams and fell a few points short of a distinction.”