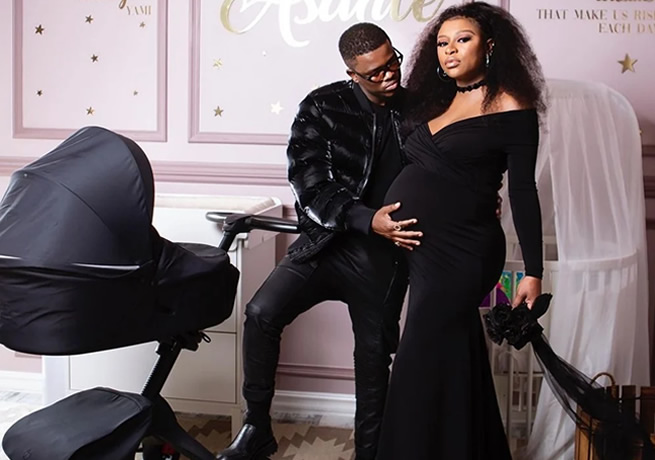 The news of her baby’s arrival was also announced by her daughter Kairo Forbes, who shared she was now a big sister.

“Reporting for big sister duty,” she captioned a photo of herself with Zinhle.

Sources have now confirmed that the DJ has given birth to another baby girl via  C section.

“She has been blessed (with) another girl and she could not be happier,” said a source

Since making the surprise announcement on social media, messages of congratulations have flooded social media and well wishes for DJ Zinhle and Black Motion member Bongani Mohosana on their first child together.

The couple has also been sharing more videos of themselves. In a recent video, the DJ is seen with her growing baby bump, dancing to “What You Won’t Do for Love” by Bobby Caldwell. Murdah Bongz is up next, showing off his moves to a slower song.