Showmax has released first-look images of the ten single women on Temptation Island SA.
The streaming service has lined up a temptation for every taste, from actresses to rap queens to yoga instructors.
Temptation Island SA premieres on 26 August with new episodes every Thursday until 4 November.

Showmax has released first-look images and a new Temptation Island South Africa video introducing all ten single women. The line-up has a temptation for every taste, from actresses to rap queens to yoga instructors.

Premiering on 26 August 2021, Temptation Island South Africa is the ultimate relationship test. Based on the Banijay-owned hit reality format, the show follows four couples at a crossroads in their relationship. They must mutually decide if they are ready to commit to one another for the rest of their lives or go their separate ways.

Together, the couples experience a luxurious holiday in paradise (aka Knysna), where they live separately – with 20 sexy single men and women who are looking for love. This last taste of the single life is meant to help answer their most challenging questions about their relationship, like, "Are we meant to be?" and "Is there someone better out there for me?" Angelique is a charismatic woman ready to manifest her dream man the way she's manifested her wildest dreams, like appearing on two dating reality TV shows in a year: Temptation Island South Africa and The Longest Date.

"I'm definitely here for adventure and love," says Angelique, who says her power of seduction is in her eyes and that her ideal date would be Aquaman.

Bontle is looking for a guy with whom she can enjoy the finer things in life; only power players need apply. Her power of seduction? "My honesty and my sweetness."

"I entered Temptation Island because I'm looking for love and a partner to spend the rest of my life with," says the swimwear line owner. "And I believe I'm an entertainer, and my personality has to be seen." If your momma ever warned you about independent and confident queens, Dimpho is who she had in mind. This vivacious social butterfly is looking for a man who won't cower when the whole room turns to watch her every move.

"I entered Temptation Island to find love and have fun at the same time," says Dimpho, who believes her power of seduction is in her eyes. 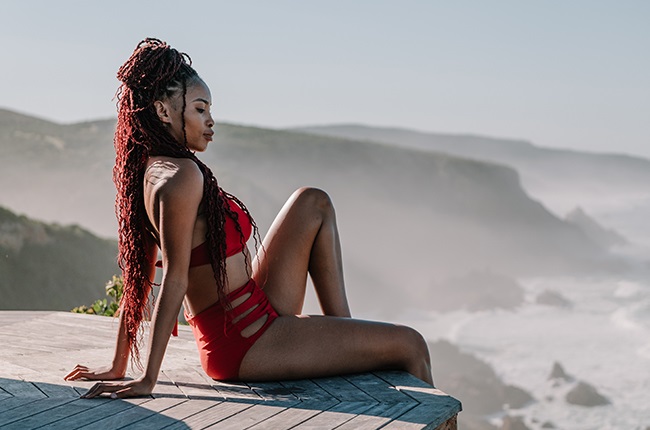 You'll recognise Eve from her roles in the 2021 South African Film and Television Awards winner Tydelike Terminaal and Hhayi Bo Mnakwethu, among other things. Brutally honest and proud, Eve has had her fair share of tumultuous relationships, and she took a year out of dating to reflect. She's not looking for a traditional setup, and she sees Temptation Island as the perfect space to find a love she can design.

She's looking for "teddy bear love" from "someone who is definitely supportive in all areas of life." She believes her power of seduction is her presence and her personality. This rap queen is not looking for a groupie – she's looking for a real man. Gigi is ready to dominate the dating scene just like she dominates the charts with her killer bars. She's no shrinking violet, and she's not afraid to walk away from a relationship that's not right for her.

"I've always watched the international franchise, and I've always wanted to be part of a cast," says Gigi. "I'm looking for a hunk to take home, which would be amazing because I haven't had any luck on the streets." This cosmopolitan woman grew up in Limpopo but recently moved back to Joburg after a couple of years in the States. A former beauty queen, she's discovered her inner peace as a yoga instructor, and she's ready to share her special energy with someone new.

"My power of seduction is that I am the epitome of black girl magic," says Lerato. "I just really embrace who I am and love my skin." Lilita isn't one to mess around – she runs her own life and her own businesses, and she's not afraid to speak her mind. After seven months of being single, she's looking for a straight-talking man to romance her.

"I entered Temptation Island because I wanted to try something new," says Lilita, who adds that her power of seduction is "my eyes and my personality".

Coco is the girl next door who captures men's hearts. She co-owns an upholstery company with her mother, who's also her best friend. She's made it her life's mission to understand how guys tick – and she has a few tricks up her sleeve for getting just what she wants.

"My power of seduction would definitely be my sass," says Coco. With a vibrant, bubbly energy, Palesa loves to flirt her way around a party. She's been single for a year, and she's ready to show South Africa how she's got her groove back and is ready for romance.

She admits she entered Temptation Island on a workplace dare but says she is ultimately looking for her soulmate. Her power of seduction? "The way I look at you is going to tell you I am interested," she says. Don't be fooled by the piercings and tattoos – Zinhle grew up in Pietermaritzburg as a good girl in a strict home. She's looking for a man who won't be intimidated by her independence and who can match her drive and ambition. Her guy needs to have a sense of humour and not try to change who she is.

"My power of seduction is being myself and me being authentic," says Zinhle, who is also on The Longest Date. "Also, I'm good with touch…"