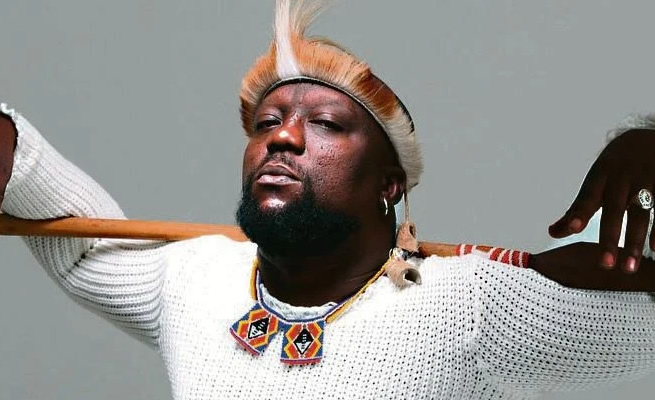 This wa revealed by two celebrity sources who allege to be clients of the legendary star at his home in Melville, Johannesburg.

Affectionately known  as Guluva, among millions of his fans, is, however only available for consultation with a select few for now.

A celebrity who consulted with Zola7 two weeks ago revealed that it was her first time there.

“I want to go again. I only went once to his house for consultation with him. He never charged me; he only spoke to me,” said the source.

Dlamini, who has been struggling with ill health for three years, which resulted in his inability to walk at some stage in 2019, was not available to comment – his phone rang unanswered.

However, his live-in partner, Siki Kunene, who some of the clients said is always available at his house during consultations initially, confirmed that he was a seer before declining to comment.

She later called back and claimed that her phone was answered by her colleague and that she did not wish to comment.

“I don’t want to comment on Bonginkosi,” she said before hanging up.

It is believed that the multiaward-winning star, who is a proud traditionalist, is also responsible for advising a popular soapie actress to change her maternal surname to that of her father.

“She changed her surname, citing being harassed by her paternal ancestors. She is following her spiritual journey and being initiated by Zola, who has since turned into a celebrity gobela or sangoma,” the source close to the actress revealed.
Although the traditional aspects of his life have been an issue, we are currently dealing with them, moving forward one step at a time.

When City Press contacted the actress who had since changed her surname, she said she was ill and would not be able to comment immediately.

Another rising actress who consulted with the muso said she visited the star last month, but claimed that she was not satisfied with his readings.

“He consults at his house. I don’t think that he read me correctly because I was not happy at all, but he does consult and people do come through to see him.

“I think all these times when he was ill, it was because he had the calling and maybe that is what was making him sick,” she said.

Last month, this paper reported that the talented singer was in dire straits as he battled a chronic illness.

His management said he had been diagnosed with chronic epilepsy, but was in good spirits.

“Iqhawe lethu has been struggling with epilepsy for a number of years. Due to lack of knowledge, we didn’t understand the illness, hence it has been neglected for so long. However, we have it by the horns, battling it daily.

“Although the traditional aspects of his life have been an issue, we are currently dealing with them, moving forward one step at a time,” his management said at the time.
Please note that I will be launching the Zola 7 Guluva Foundation this week. I am going to need all your help.
Zola Hashatsi

When contacted about his calling to become a sangoma, his management declined to comment.

This week, his team distanced themselves from an initiative by actor and traditional healer Zola Hashatsi to set up a foundation in his honour that aimed to raise funds for the star’s house, children and health.

The content producer wrote: “Fellow South Africans, please note that I will be launching the Zola 7 Guluva Foundation this week. I am going to need all your help to cover his house, kids to school and health funds.”

His post was deleted following a statement by Dlamini’s management, distancing themselves from Hashatsi.