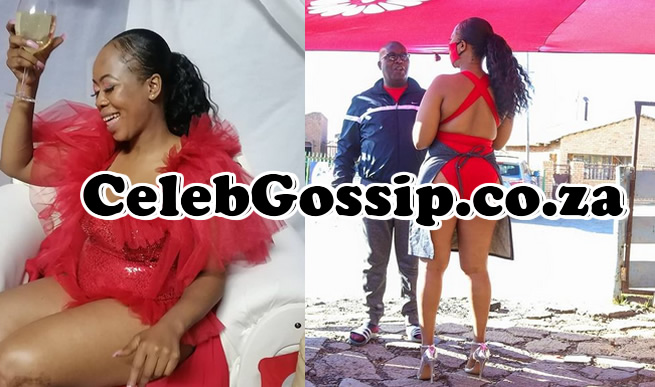 South African entertainer Skolopad, whose real name is Nonhlanhla Qwabe, celebrated her split from her husband of 5-months with an extravagant divorce party.

The red-themed party took place at Pitseng Tse Stsho in Bethlehem and later moved to Rita's Club on Saturday.

Skolopad said: "Long-distance and the Covid-19 pandemic made it challenging, and this beautiful, beautiful thing that we both wanted wasn't working anymore – so we decided to get separated."

She further said: "Again, me being the most beautiful, friendly woman in South Africa was a problem to him."

Skolopad said it was important to host the celebration during Women's Month because: "Many women live with men who emotionally, spiritually, mentally and physically abuse them.

"They stay because they are scared about what people might say or for the children. Get out of that marriage while you are still alive and be happy."

According to the 37-year-old, she also has certain "conditions" in her relationships which certain men don't approve of.

Skolopad went on to say that she was "sad" to hear from women who approached her at the party, saying they feel unfulfilled and unhappy in their relationships.

In keeping with the theme of women empowerment, all the services, including décor, catering, makeup and outfits – were provided by the women in Bethlehem. "A big thank you to them," she said.

Skolopad, who is a full-time nurse, says her current partner was very supportive of the party and even helped with the organising.

The couple exchanged vows during a beautiful outdoor ceremony on 26 June, and Skolopad says she is excited about their future together now that her divorce is finalised.