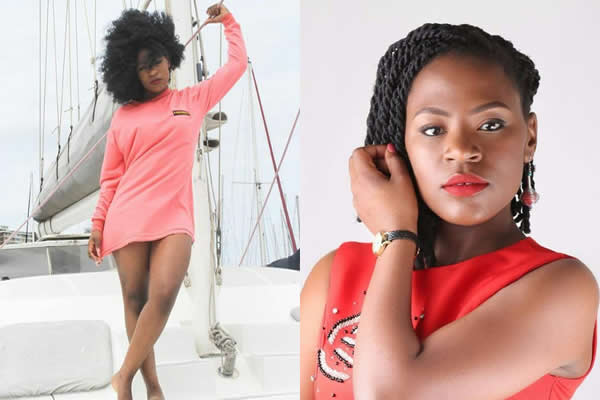 Former Muvhango and Uzalo actress Nqobile Ndlovu has cheated death by a whisker!

This was after the 25-year-old – who plays Khanyo Bhengu on the e.tv telenovela Imbewu: The Seed – had survived a horrific car accident on Monday morning.

Nqobile’s older sister, Ayanda, said the family was shocked to receive a call from a guy who had helped her at the accident scene.

According to Ayanda, the man told them Nqobile had been involved in a car crash at Umlazi’s Mega City in Durban, KwaZuluNatal (KZN).

Said Ayanda: “We received a call that Nqobile had been involved in a car accident on her way back from a gig in Port Shepstone, KZN. According to the information we received, Nqobile was trying to avoid a drunken person, who was jaywalking when she lost control of the car and it overturned. We’re grateful that she’s critical, but alive.”

Ayanda said when she arrived at the scene, Nqobile had already been rushed to the Prince Mshiyeni Hospital.

“She suffered head injuries and told us she was in pain on other parts of her body. Luckily, a Good Samaritan took her to the hospital, as Nqobile was unconscious. We’re grateful to the almighty Lord for protecting her through this ordeal,” Ayanda said.

In Uzalo, Nqobile played a small role that was later canned. She has also featured on Mzansi Magic’s Ingozi.

Imbewu: The Seed publicist Michael Pocock told the People’s Paper: “That information is correct. “We’ve been to see her in hospital and she’s recovering very well.”

Nqobile is best known for her starring role as Nobuhle Zungu in the SABC1 drama series Ingozi, created by Duma Ndlovu.

She was also a member of the choir in Duma Ndlovu's SABC1 soap opera Uzalo; and in his stage production The Game, set in a female prison.