Home Celeb Gossip Andile Ncube who was dumped by Ayanda Thebethe for cheating is having... 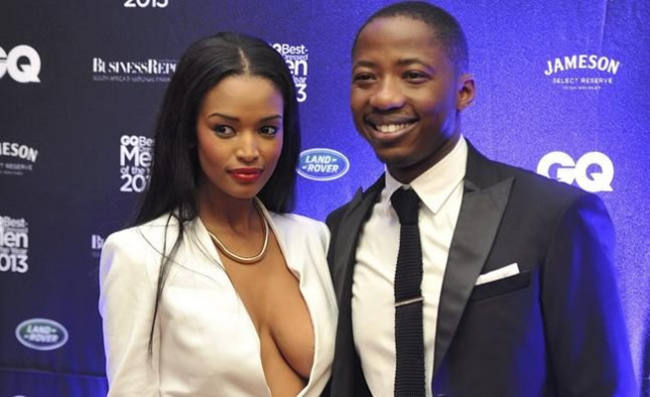 Andile Ncube is one of the hottest bachelors in the country. We can only imagine what goes down in his DMs and now he’s shedding some light on some of the things he receives from his female fans.

It’s winter, people are cold and doing what they normally wouldn’t do although we suspect Andile’s DMs are always popping all year round. Andile took to Instagram stories to tell the girls who send him n*de photos to at least be confident in their actions because he’s tired of looking at faceless ones.

“If your’e going to send n*de be confident in sending them….that could be anybody, be brave enough to put your face on it….If you don’t trust me don’t send me,” Andile said laughing.

After the controversial split that TV personality Andile Ncube’s and his then fiancé Ayanda Thabethe went through, it was revealed that the two broke up because Andile was allegedly cheating on Ayanda, a claim Andile's nude pics requests seemingly tallies with.

The news about their separation set a blaze on social media when she changed her surname from Ncube back to Thabethe on Instagram and Twitter and rumours of her catching Andile cheating surfaced.

Meanwhile, here is a quick list of Andile's ex lovers:

1. Ayanda Thebethe.
Well, she managed to soldier on for some time and went on to become Mrs Ncube, However, now she has joined the growing list of Andile's ex lovers.

Andile also said that, even though his relationships didn’t work out, he is looking forward to meeting the right woman.

“My marriage (to Ayanda) wasn’t horrible. So it’s something I can’t wait to do again, with the right person, in a couple of years. The way I had a child was bad, that’s probably why that part of my life I think of a lot before I have another one.”

Andile has a daughter called Gaby with model Rosette Mogomotsi. The couple were in a relationship for some three years, before their relationship ended unpleasantly, while she was pregnant.

"I’ve been single for the longest time in my whole life. To replace the most beautiful woman [Ayanda] the world has ever seen is a little tough,” Andile said.