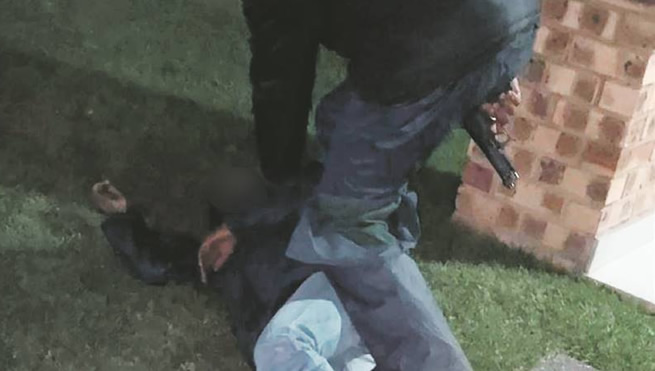 The Gugulethu hitmaker DJ Prince Kaybee could have become a housebreaking victim on Friday, 16 April.

He caught the intruder and moered him before he could take anything. 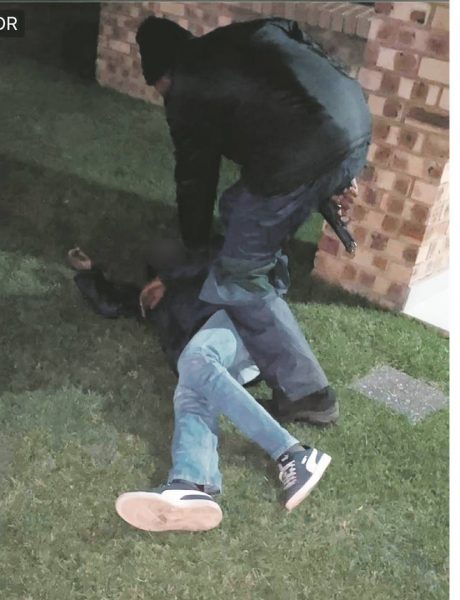 He shared a photo on Twitter carrying a gun while pinning the suspected thief to the ground.

He said although his wrist was hurt in the process, he is fine.

Prince Kaybee revealed this happened in his house in Mpumalanga.

“I’ve got a residence on the N12 in Mpumalanga and there are no neighbours there. So it was a shock for someone to be at my residence around 11pm because I’m always alone. I only have two security guards on the premises,” he said.

He said he didn’t know how the person came in as everything was barricaded.

“There’s an electric fence and everything. He knocked first to check if anyone was home. I heard him and was confused because my security guards don’t knock, they call me via the radio. So I figured something was wrong when I heard the knock,” he said.

Prince Kaybee said he broke his wrist while fighting the intruder.

“He was wearing jeans and sneakers and my security guards don’t wear that. I got annoyed because I didn’t know what he wanted and we started fighting.

“I was able to get my way with him, but I hurt my wrist. It is broken, but I’m good now,” said Kaybee.

He said the security guard saw them and stopped the fight. “I went to the house to get my gun and tried to ask him a few questions, but he didn’t answer. I was scared of what I might do to him.

“We then called the cops. I keep my gun for protection because I’ve experienced break-ins, robberies and hijackings,” he said.

The DJ said he was looking into beefing up his security.

He told also said that he didn’t open a case against the man.