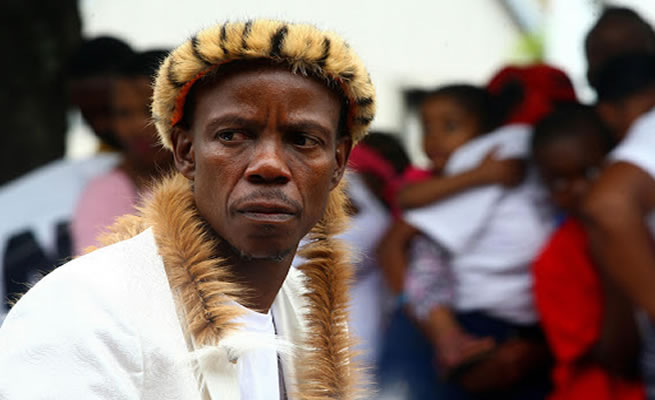 Instead of gaining, the man who is also known as Pastor Mboro is at risk of losing everything, as the gods of debt are gunning for his movable assets.

After tasting blood when the bank went for his house last week, the repo man is now going in for the kill with another court application to claim debts that may strip him of his church.

The bank reinstated the two-year-old case, which was struck off the court roll in October 2019, in which it claims that Mboro owes it more than R1 million.

According to court papers, which City Press has seen, Absa filed nine claims against Mboro&rsquo;s church. It argued that it had tried everything to recoup its money since 2018 but had failed.

Ownership of the assets would remain vested in the applicant until the respondent had fulfilled all of its obligations to the applicant under the agreement. Court papers

The papers indicate that Mboro took several loans on different dates between June and September 2016, and bought several pieces of equipment for his church.

Claim 2 relates to top-of-the-range sound equipment valued at R353 891, which Mboro bought on loan on behalf of the church. He was said to be in arrears amounting to R30 498.

After defaulting on several occasions, the bank sent emails and letters of demand, which Mboro allegedly failed to respond to. It sent debt collectors, who also failed to make him pay. When the bank finally got hold of him, Mboro laced up to defend the case when he filed a motion of intention to oppose.

The matter was set for August 2019. The bank argued in court that it wanted its money back or the respondent to surrender all the goods bought with its money.

During that brief hearing, Absa brought an application to repossess movable goods. But the case did not go to trial after the two parties reached an out-of-court agreement and the case was removed from the court roll.

However, when Mboro and his church failed to live up to the agreement, the bank decided to reinstate the case at the high court this week.

Mboro failed to respond to questions sent to him.

Last week, Mboro revealed that he had an outstanding legal case with the bank: "It's ironic that Absa is pursuing arrears of R30 000 when I have a R2 million counter-claim against [the bank]."