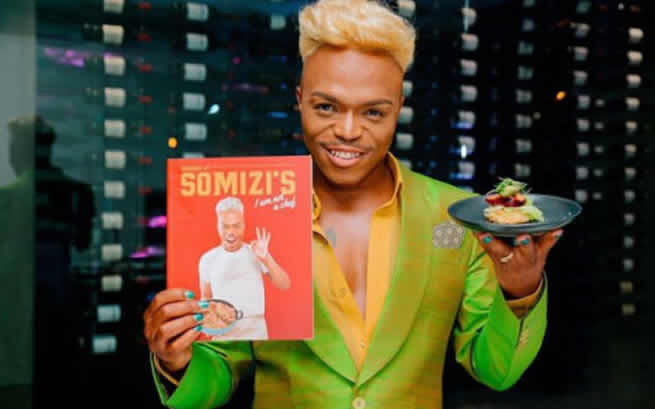 He is Idols South Africa judge,a presenter, dancer and actor.

Somizi Mhlong-Motaung, can officially add 'best-selling author' to his long list of accolades thanks to his first cookbook.

As of 2 January 2021, Dinner at Somizi’s – I Am Not A Chef has been recorded as the highest-selling book in the food and drink category at CNA stores.

Dinner at Somizi’s – I Am Not A Chef, a spin-off from his cooking show of the same name on DStv, was released across CNA stores late last year. The show saw Somizi cooking for his celebrity guests as they indulge in interesting topics

Following the success of the TV show, and due to popular demand, the cookbook became highly anticipated during it's pre-order round.

“When putting this cookbook together I really wanted to create something truly authentic and special for my fans. I wanted to show South Africans how easy it is to add “pizzazz” to everyday meals,” said Mhlongo-Motaung.

The book has beaten Mhlongo-Motaung’s culinary role model, Jamie Oliver, to the number one position.