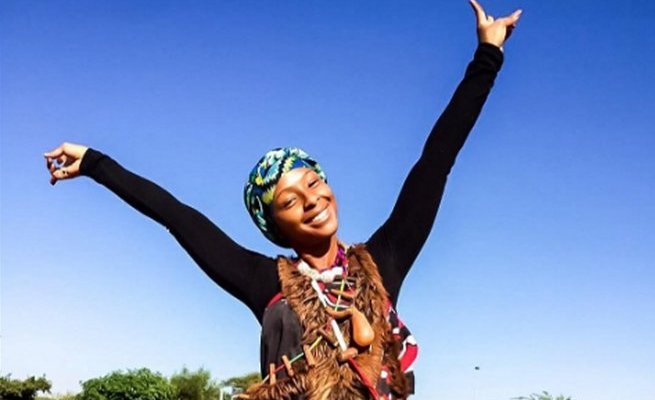 Boity said since 2016 she had been training to become a traditional healer, answering her ancestral calling and that it was a beautiful gift.

The ancestral journey is a personal one and rapper and businesswoman Boity Thulo has shared her journey from the beginning.

She has said that since 2016 that she had been training to become a traditional healer, answering her ancestral calling and that it was a beautiful gift.

Speaking to Glamour magazine in April, the reality star said her spiritual journey was not for publicity to boost her career. She said at the time she had no intentions of practising as a sangoma but she was doing thwasa (initiation to becoming a sangoma).

Thulo said her journey was a personal one and wouldn’t go into the details, but thanked her fans for their support and words of inspiration.

She now has an ancestral name, announcing on Twitter: “You can officially refer to me as Gogo Nomakhwezi. Thokozani. It’s as though my soul just burst open in the most incredible way!”

You can officially refer to me as Gogo Nomakhwezi. Thokozani. 👏🏾🕯✨🤗👑

Some people wondered why she had chosen a Zulu/Xhosa name as her family are Setswana.

It's disappointing to think that you think there is tribalism in the spiritual realm Nthate. We are one people, this thing ya go gethola based on wanting representation is absurd!! That spirit chose her, not the other way around

A spiritually inclined South African who spoke on condition of anonymity explained the ancestral name is personal, saying that person is the only one who knows why the name was chosen.

Boity clarified the confusion about why she used a Xhosa name: ” Both my maternal and paternal grandmothers are Xhosa. Not y’all assuming I only have Batswana (Which are mainly Khoi) ancestors. How? I have wild lineage. ONE NAME is not a representative of all my Dlozis.”