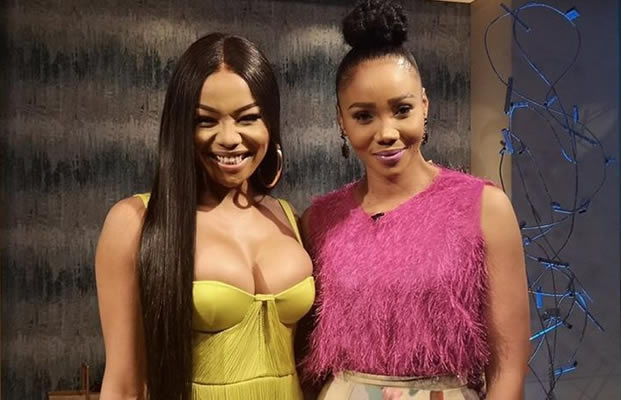 Bonang Matheba’s highly-anticipated Real Talk interview left a lot to be desired according to word on the streets of Twitter.

When it was announced last Friday that Queen B would be taking the hot seat on the talk show – there was a complete frenzy.

Fans thought they would finally see B address her controversial romantic relationships, as well as her affair with AKA that made headlines two years ago.

But that didn’t happen!

Instead Mzansi heard how Bonang rose to stardom, which women she has looked up to over the years, and how she is opening doors for young women.

Everyone already knows all of the above about her, and even though there’s no denying that B’s life story is inspiring, what Mzansi really wanted to know was what happened with AKA, how she felt about DJ Zinhle now… you know, the real gossip!

When new host Azania Mosaka asked B about how she felt about DJ Zinhle, Mzansi thought the moment had arrived
However, B dodged the question with grace and pure skill.

Azania asked B if she ever thought about DJ Zinhle, and her answer was: “Yes, I think about a lot of things”.

B’s answer to all of the Zinhle questions was basically: “A lot of things”. She also made it clear that she would not give in to pressure to speak about her personal life.