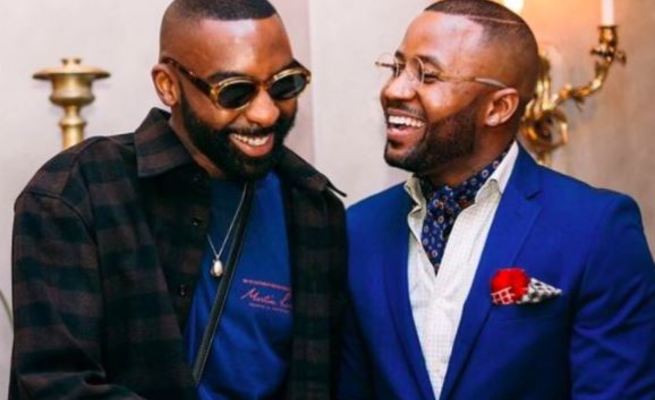 Cassper Nyovest has a song titled ‘To Whom It May Concern’ and fans say it is clear that Cassper is still hurt by whatever transpired between him and Riky.

There still seems to be bad blood between hip hop stars Riky Rick and Cassper Nyovest.

As Cassper celebrated the release of his album, Any Minute Now, on Friday, fans couldn’t help but notice the second track on the album, To Whom It May Concern, in which he addresses his haters and a certain artist.


At the end of the song, he shouts: “I thought you loved me!”

The details of the song made it quite obvious it was directed at Riky, referencing to the time Riky showed support to his nemesis on Twitter.

Riky said: “Imagine 2nd track you talking about something that happened 3 years ago…Weirdest part is that he was the one who Betrayed Me and my family when We needed HIM the most. Kodwa Eish…maybe I’ll tell the sorry next week. For now, enjoy the album.”

People said on social media that after listening to the track, it was clear that Cassper was still hurt by whatever transpired between the two.

Riky said he was confused by Cassper addressing their issues once again in a song when he thought they had spoken about them privately. The rapper said the Any Minute Now rapper should have called him instead as he still had his number.

Trying to keep the peace Riky concluded that people should keep listening to the album. However, he cryptically added: “If multiple people around you stop messing with you… maybe, just maybe it’s you, not them.”

In response, Cassper said his latest body of work deserved all the threads on Twitter.

#AnyMinuteNow deserves all the threads.