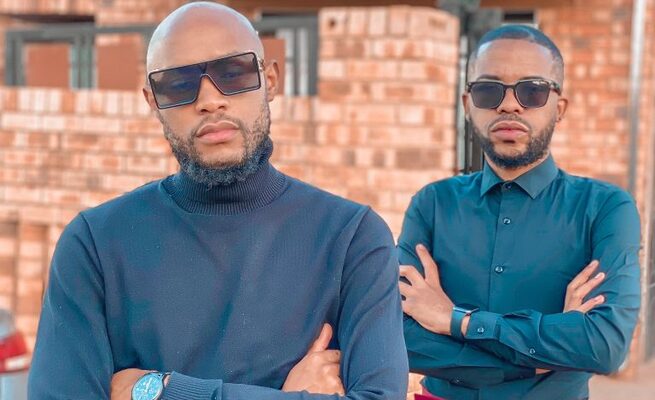 Mohale has been a victim of cyber bullying and unfounded rumors several times since he got together with Somizi.

The latest storm has seen Mohale being accused of cheating on Somizi by fans on social media.

This was after he posted a series of photos featuring his hot male friends and people rushed to conclusions.

What did he do to make you come up with that conclusion!!!? Honestly y’all are boring now😩😩🤦🏿

The fans suggested that Mohale is cheating on Somizi and he’s only with him for the money and fame.

Some suggested that he took the group photos so as to hide his affair with one of the guys.

This is not the first time Mohale got under fire over cheating claims, before he married Somizi, Mohale Motaung (25) got upclose and personal with a young hunk named Vuyo Pan (19) at his 24th birthday dinner.

Somizi allegedly wasn’t there to keep an eye on his man because of an alleged fight they had the night before. but hearing of them getting all cosy at Mohale’s birthday pushed Somizi off the edge – he sent Vuyo a warning via text.

The message read in part: "If ever I find you at any point seen with my fiance, I will find you and f**k you up. I know where you study and stay. And I pray I never bump into you while I’m still fuming. You even had the nerve to come to the dinner, ass."

However some people didn’t buy into the whole cheating saga and asked the accusers why they were rushing to conclude that Mohale was cheating, when he was just having fun with his friends.

Mohale himself didn’t reply to the comments and just let people lose their minds over pictures.