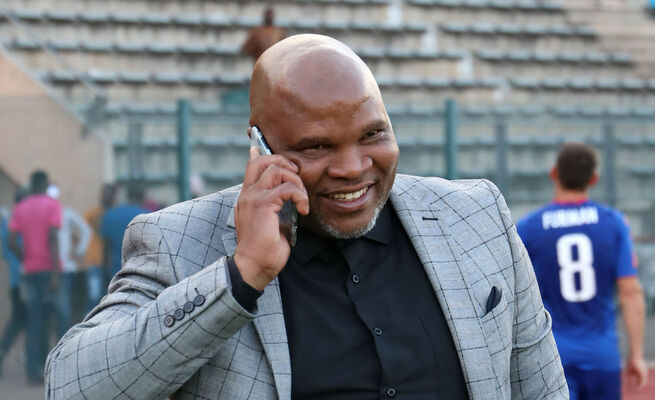 Sunday World can exclusively reveal that Limpopo businessman Mosebo Mooa is heading to the Limpopo High Court to obtain a court order to sell Baroka FC after Mphahlele failed to pay him a whopping R15 million for his 15% share in the relegation threatened Absa Premiership outfit.

The explosive details were revealed by a club official who did not want to be named for fear of reprisal.

Relating the story, the official said Mphahlele approached Mooa in 2015 and asked him to loan him R3.8 million as he was cash strapped and struggling to pay players’ salaries and his debts.


Mooa asked Mphahlele to bring him the club’s audited financial statements so that he could satisfy himself that he was not throwing his money into the sea. “Although the financial books of the club were in shambles, Mooa went ahead and loaned him the money nonetheless. The money was paid in two tranches in a period of two weeks,” shared the official.

The official further explained that Mphahlele later suggested to Mooa that the loan be converted to shares in the club.

“When Mooa agreed, Mphahlele suggested he would give him 49% of the shares for the R3.8million and that he would remain with 51%. Mooa refused, saying it would be too greedy for him to accept 49%. He opted for a 15% stake instead,” said the official.

The official said Mooa went to Baroka offices several times until he was turned off by a heated argument in a club meeting between the then club CEO Morgan Mammila and Mphahlele.

“He was just turned off by the level of unprofessionalism displayed in that meeting and decided to retreat a bit. He later left for the UK and returned last year.”

Once back home, Mooa convened a meeting with Mphahlele and told him that he was no longer interested in football and asked him to take back his shares and buy him out of the football club.

When Mphahlele agreed, Mooa acquired the services of evaluators to assess the val ue of the club. The assessors valued the club at R60 million and asked Mphahlele to pay Mooa R15 million, which is the equivalent of his 15% stake.

An agreement to pay Mooa R150 000 a month was drafted and signed by both Mphahlele and the businessman.

“Mphahlele only paid Mooa R300 000 in two instalments and defaulted. A letter of final demand was sent to Mphahlele to pay him all his money or face the full might of the law after he ignored several letters from his lawyers to pay up. But now Mooa’s lawyers are filing papers in court to obtain an order to sell the team so he could recoup his money.”

The final letter of demand, written by Mooa’s lawyer, Lebo Molope of Molope Madondo Attorneys, indicates that Mphahlele has indeed defaulted on his payment. Mphahlele declined to comment.