KWAITO singer and mum of two Mshoza can’t simply seem to stay away from controversy.

Especially related to her love life.

A few months ago, Mshoza (37) was rumoured to have tied the knot at Home Affairs to East Rand businessman Prince Dlamini in a low-key ceremony in Jozi

But the plot thickens as close friends confirm Mshoza, real name Nomasonto Maswanganyi, say she is in fact madly in love with Nigerian producer and singer Oluwa Kuwait (30), currently living in Cape Town.

After numerous heartbreaks and toxic relationships, a close friend said Mshoza doesn’t give up on love, and she’ll continue searching until she finds the right one. And Oluwa is the right one.

“There’s nothing wrong with trying until you get it right,” said a close friend.

“But hey, this time I think she’s met her match, shame. Tall, dark, African, and in the music industry. Which means he understands the game,” said a close friend.

“But my only fear is this guy is younger than her.”

Confirmed Mshoza: “Of course, I’m in love. You know I love being taken care of and being spoiled.”

Her friend said Mshoza is dating a guy seven years younger than her, which they believe is just setting herself up for failure.

“How is he going to manage, because Mshoza is also a mum. When he wants to go out, she’ll want to be indoors?”

And will she want more kids? Aowa.”

Another source said Oluwa and Mshoza met at the V&A Waterfront early this year and haven’t lost touch since.

“She travelled to Cape Town with her manager Thanduxolo to attend a few meetings and he introduced her to Oluwa, who was meant to be in town just for a few months,” said the friend. 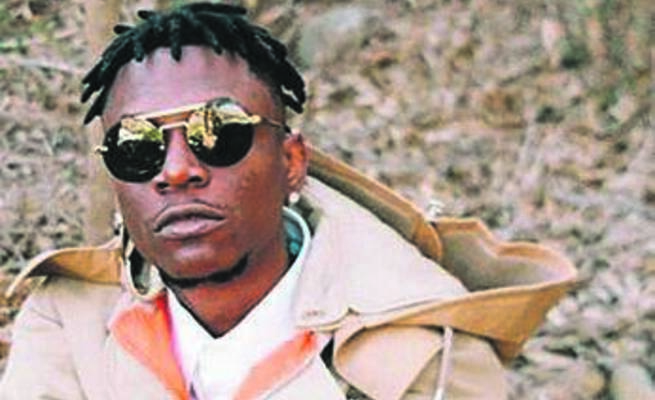 He recently released a song On A Low featuring Ice Prince and D Main. Those are big names, meaning he does not have time for women. So they went to discuss working together on one of his songs,” says the friend.

He is a quiet guy.

“Mshoza’s the one who showed interest from the beginning.

And who can say No to a queen like Sonto,” says the friend.

They spent a few days in Clifton near the beach and Thanduxolo left Mshoza in Cape Town with Oluwa.”
The friend says Mshoza was the one who “attacked first.”

Another source said not much is happening between the two, except music.

“Oluwa was looking for some Mzansi artists to collaborate for his EP coming up at the end of July. Mshoza just so happened to be at the right place,” said the mole.

“I’m not sure what happened after that meeting, because we left. But I heard it stretched to more than two hours.”

When contacted for comment Oluwa said he met up with Mshoza, but “strictly music,” before laughing it off and hung up.

“It was strictly business. But we had a great time.”