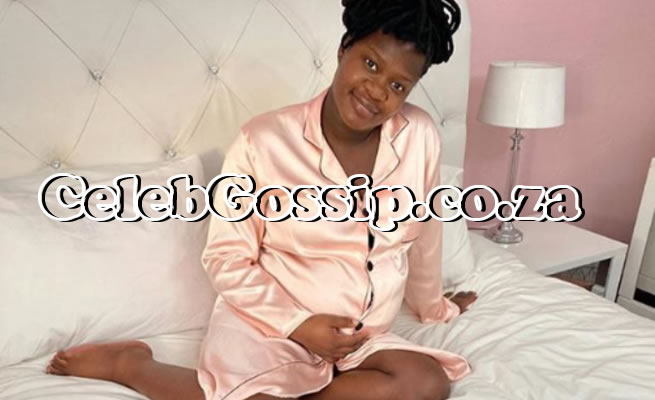 There is definitely never a dull day on social media. Actress Zenande Mfenyana saw herself trending again, not for the negative comments about her pregnancy look, however she caught smoke because of her fiery response to a woman 'reaching out.'

She divided twitter with some in her defense saying the woman's DM was uncalled for, whilst others labelled her rude.

The excited soon-to-be mommy shared a picture of herself with no make-up and some pregnancy essentials as a partnership with Tommee Tippe.

A woman slid into her DMs and gave her unsolicited advice on how to deal with people mocking her pregnancy look.

Angered by this woman, Zenande clapped back and told her that her message was not welcome.

"I never said I'm not embracing my pregnancy. Just cause you laugh about it I don't find any of it funny at all. Please keep your opinion to yourself next time," she responded.

Zenande was on a blocking spree as trolls came for her after the screenshot went viral. Others were in her defense saying the woman's message was inappropriate and rude.