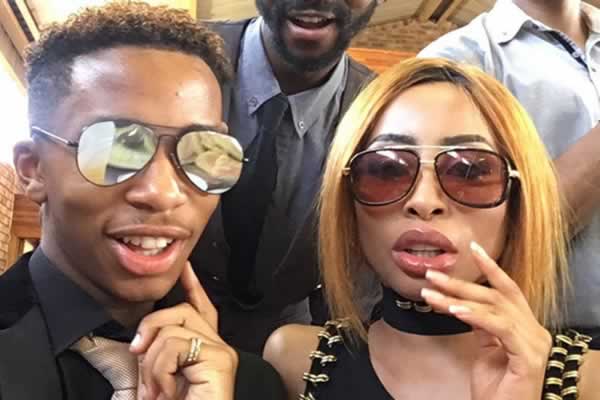 YouTube sensation and influencer Lasizwe Dambuza (19) also known as Babes Wamaleyvels was in the media not so long ago for, according to his sister Khanyi Mabu “lying about buying an apartment in Sandton” on the Fresh Breakfast Show on Metro FM.

Khanyi called Lasizwe out to Drum saying that the apartment was a rental and that she was very upset.

Lasizwe told Drum that his boyfriend Marcus bought it for him, “Marcus bought me the place, so technically I didn’t lie because it’s mine but it’s just not yet under my name,” he said.

While on the red carpet at the South African Music Awards and full of excitement, Lasizwe told Drum that he still lives in the apartment and that he and Khanyi spoke about the matter and settled it. “We are fine now; she’s not upset anymore because she is my sister. I’m still living in the apartment in Sandton and my boyfriend and I are still doing great.”

I AM READY!! I BROUGHT MY HAIR??. @nickiminaj MINAJ INSPIRED Designed by : @lloydhotsense . #SAMAS24

Lasizwe did mention however that he is in numerous other relationships and his boyfriend Marcus is okay with that. “I have other boyfriends, I have relationships but my boyfriend and I are good and he loves me.”

Lasizwe broke into fame when he started posting video skits on YouTube and later got to present on SABC 3 show The Scoop with Khanyi Mbau.

He has also been featured on SABC 1 sitcom, Ses'Top La.