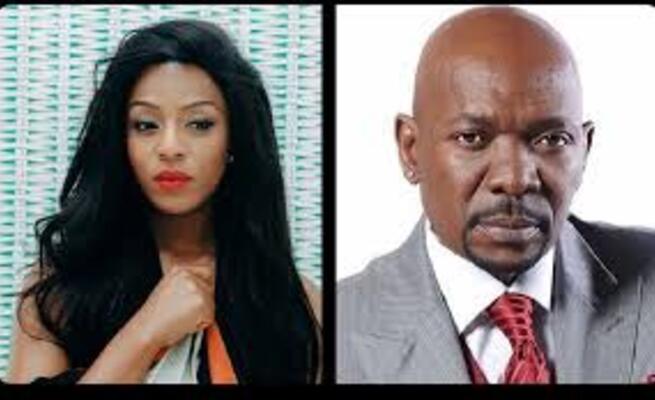 A month after announcing her exit from Isibaya, actress Jessica Nkosi has joined The Queen, while SK Khoza is set to make a dramatic return.

The soapie’s producers, Ferguson Films, announced the details on Saturday, including that MultiChoice had commissioned season 5.

The Fergusons said in a media statement that they were introducing a new family to the soapie, which will see the entry of at least four new characters.

“We will be introducing a new family in season 5, a father and two daughters, who are going to be a thorn in someone’s flesh,” Connie Ferguson, who co-owns the production house with her husband, Shona Ferguson, said in the statement.

In the same statement, Shona confirmed the return of Khoza, who plays Shaka Khoza. The character’s death in the soapie triggered an online petition against the Fergusons.

When news of his departure broke, anguished fans started a petition to bring him back or try and overturn the production’s decision. However, confirming the news of his exit, Shaka who was on the telenovela since its inception, said that chapter was closed.

The head of PR and Publicity for Mzansi Magic, Philly Kubheka broke the news on Twitter and joked that he might return as a ghost.

Menzi Ngubane, who was also killed off in Isibaya a month ago, is also joining The Queen.

“There’ll also be another surprising addition in Tembisa. We can confirm that we have five new leads coming on board, and one return that we like to call the comeback kid that’s SK Khoza,” said Shona.

The veteran actor also confirmed that Nkosi had also agreed to join soapie following her exit from Isibaya.

“There has been much speculation about who is joining the show. We can confirm that the beautiful and talented Jessica Nkosi will be coming on board, and for the other additions, keep your eyes peeled and your ears

The Fergusons also shed some light on the latest worrying developments at the soapie, which saw several big name actors jumping ship and others red from the production.

Shona said that there had been a negative narrative around some of the actors who had left the show, stating that the stories were testament to how invested viewers were to the story line.

“The reality is that in the nature of story-telling, especially in long form, characters come and go. Some are designed to stay for the foreseeable future, and some to serve a specific story arc, exit and maybe return at a later stage, depending on how the story develops. This is the case with all shows, and is not exclusive to The Queen,” he said.

Zenande Mfenyana, who plays Goodness Mabuza, is also leaving due to pregnancy.

The three actresses’ departure from The Queen follows that of veteran actress Rami Chuene and Setumo Motsoaledi, who played Mmabatho.