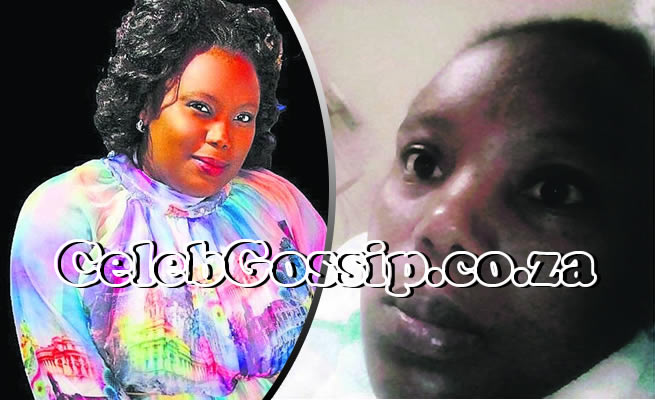 One of her hit gospel songs goes like: Ujehova Angekhe Avume Ngempilo Yami (loosely translated, God shall never allow me to suffer). But it seems the opposite has been happening with award-winning gospel star Nosipho “Mhizana” Daniels’ health.

This after the Cape Town-born musician and motivational speaker had a near-death experience. She was admitted to the Groote Schuur hospital for a week, for high blood pressure and kidney problems.

The 39-year-old songbird opened up to the SunTeam this past week. about what led to her admission to the hospital.

She admitted her “nasty” divorce from her ex-husband Zola Mtyhobile, which happened nine years ago, was still affecting her and was the reason for her deteriorating health.

But Nosipho said she still carried the scars that she suffered during her marriage.

And, while she goes around the country conducting motivational talks about divorce and trying hard to appear strong, Nosipho said deep down she was still haunted by her divorce.

She said Zola didn’t want peace in her life and had been making her life a living hell ever since their divorce.

“That man hurt me a lot and has turned my life upside down. He always provokes me at every chance he gets. It’s as if he wants to see me six feet under,” said Nosipho with a tinge of sadness in her voice.

The last straw, Nosipho adds, was when she learnt -just before being admitted in hospital- that her ex-hubby had removed their two children from his medical aid without informing her.

“He knows that I am struggling to make ends meet and decided to cut his own flesh and blood from the medical aid. I often had to rely on my father and friends when my children have to see a doctor, whereas their father is there,” she said.

This is not the first time that Nosipho, who is also a promoter, was admitted to hospital.

Two years ago her high-blood pressure shot up following a dispute with gospel star Andile Majola over money allegedly owed to her.

“Yes, I was admitted to Groote Schuur Hospital in January. I started having severe headaches in December. At first, I took some aspirin and thought they would go away. But in January while I was home in Cape Town, they became worse. My dad rushed me to the hospital where I was admitted immediately,” she said.

After doctors conducted tests they discovered that besides the high blood pressure she also had kidney problems.

Zola’s phone rang unanswered and he failed to respond to our WhatsApp messages.