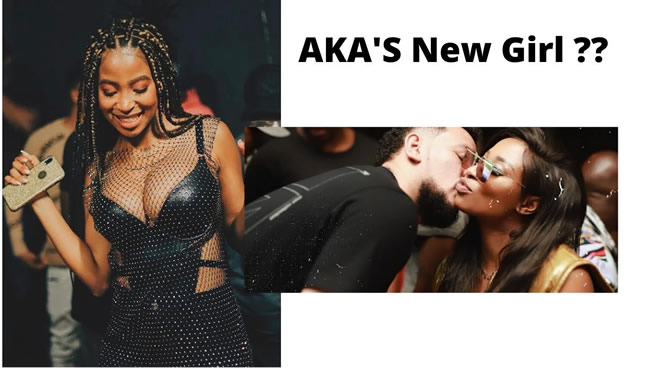 It looks like rapper AKA is totally besotted with a 21-year-old who is apparently his new girlfriend.

The rapper revealed his new “bae's” age over the weekend when he told followers: “Find yourself a lekker 21-year-old my broer. Trust me.”

Find yourself a lekker 21 year old my broer. Trust me🥰

Mzansi first learnt about the mystery woman several weeks ago after a video surfaced of him and her smooching in a restaurant.

Since then, Supa Mega seems to be a man on cloud nine.

While enjoying a night out with his bae this past weekend, AKA posted a “steaming” hot moment where he was seen kissing his woman in front of a group of people.

AKA later admitted that the post was "abit too hectic" but went on to advise fans to get themselves a younger partner.

His advice drew mixed reactions, but AKA just laughed off the criticism.

“Why is everyone so pressed by me? Like, why? People take me so hectically serious!”

AKA then made it clear that he had no time for the critics, revealing that he had plans with his woman, which included seared salmon and gooseberries.

“Hmmm … probably go to Rockets to watch the game. Perhaps order the seared salmon and gooseberries.”

The rapper had previously been in a relationship with DJ Zinhle, but the pair split in December. Responding to comments about the break-up, AKA recently told his fans he did not need to constantly inform them of his relationship status.

“What was I supposed to do? Inform you?”

He also hit back at claims he was humiliating his baby's mama by speaking about the break-up.

“Humiliated by what? A relationship not working out and someone moving on? Cut the bullsh*t.”