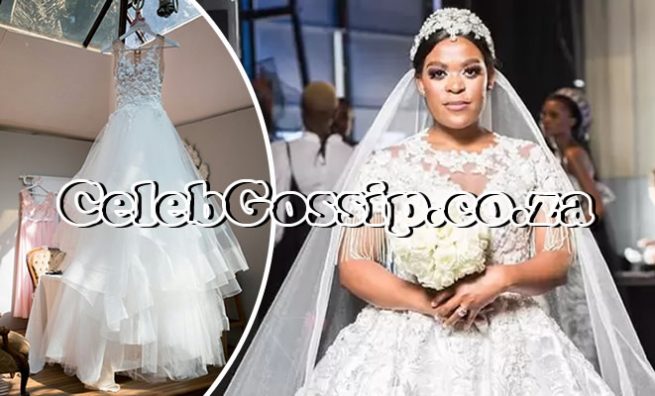 Last year, she announced she was giving away her wedding dress worth R18 000.

The present came with her make-up artist, who’d focus on the bride on her big day

But Zodwa said no one came forward and the dress was still up for grabs.

“I haven’t had candidates coming forward, except for one guy who wanted to surprise his woman,” she said.

“It’s very sweet of him. I’ll have to give it to him if anyone doesn’t come through soon.”

Zodwa wanted to give everyone a fair chance to tell their love story and get the kind of dress many women dream about.

“It’s a beautiful dress and I know a lot of people saw it when I rocked it on the runway,” she said.

“So imagine yourself in it. I’m not putting pressure on anyone to get married.”

She no longer wants it as it takes her back to a place she doesn’t want to revisit.

“My designer is still available to do alterations, should the woman be plus size or thinner than me.

“My artist is waiting to hear from me when and where they’ll be doing the bridal makeup.”

Zodwa is in love again, and the sooner the dress goes the better.

“I don’t want my R18 000 to go to waste, as well as the designer’s efforts in creating the masterpiece.