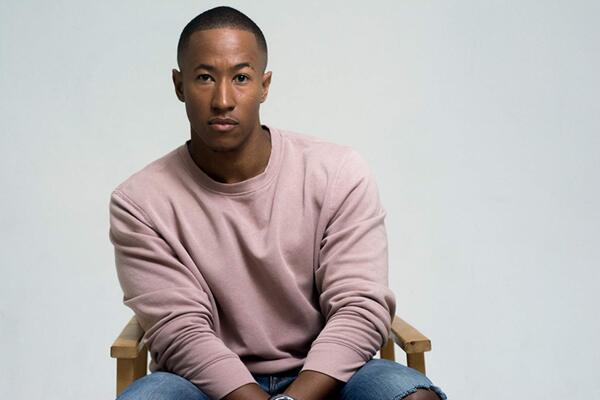 At some point one had to make sacrifices to one’s dreams, all for the love of acting Bohang Moeko gave up his white collar job for the entertainment industry.

The actor, didn’t think twice, he just dived into the ocean of acting and it’s been worth it.


Bohang (31) said he had no passion about his job growing up, he always knew he wanted to be in the entertainment industry, but he didn’t chase the dream then.

“My father is in construction so I studied quantity surveying at the University of Free State. I ended up with an honours degree. I left Bloemfontein and settled in Durban where I worked as a quantity surveyor for two years.

“I was very unhappy with the job. I knew deep down that I wasn’t passionate about the work. My heart was yearning for something else,” he shared.

He began attending acting classes and signed with a Johannesburg based agent who suggested he move from Durban to Johannesburg.

“I quit my job and relocated but things didn’t go as quickly as I thought they would,” he said. He eventually got his debut gig playing Victor on Zabalaza in 2013.

That opened some floodgates for him, since then he has played a number of roles from a boxer in Ring of Lies, a rugby player in Isithunzi, an accountant in House Keepers, a former soldier in The Queen, a gay marketing manager in Scandal!, a doctor on Isidingo and a doctor on an American series called The Hot Zone.

“For me, this is very important. Changing roles opens an actor to more roles.

“I’ve declined playing another gay character when a production company contacted me. I declined not because there’s anything wrong with being gay or playing gay characters, but the story was very similar to that of Tshepo in Scandal!.

“Timing was important. Had I accepted, I would’ve been playing a similar character on two shows.

“Playing different types of characters, in my opinion, shows versatility and skills. It’s important for me to challenge myself with every role,” he said.

He added that viewers are easily and emotionally attached to TV actors.

“People get to know us from those characters. The danger with this is that in their eyes that’s all you can ever be,” he said.

Bohang wants to show that he is not only handsome.

“I want people to look beyond my looks and body and see the actor. I think for years, actors like Brad Pitt had the same problem. But he’s a brilliant actor. Over time he has been taken seriously in the industry.

“In the past I’ve played the nice guy, but I would like to play a jerk and have my audience see a different side,” he added.

Currently he is on Scandal! playing Tshepo and he admitted it is a challenging role owing to language differences. He speaks SeSotho and most of his scenes are alongside Chumani played by Ayanda Daweti and his mother, Boniswa, played by Lusanda Mbane.

“They speak serious IsiXhosa. I need to prepare and pay attention. The two of them are great actors and are always pushing in each scene which is very motivating,” he said.

He also plays Lefa in Isidingo. “This is going to be interesting because there’s Sechaba and Phindile’s wedding coming up.

“Viewers can look forward to seeing more of me. I have a movie coming out this year called Seriously Single. And a lot more international work,” he added.