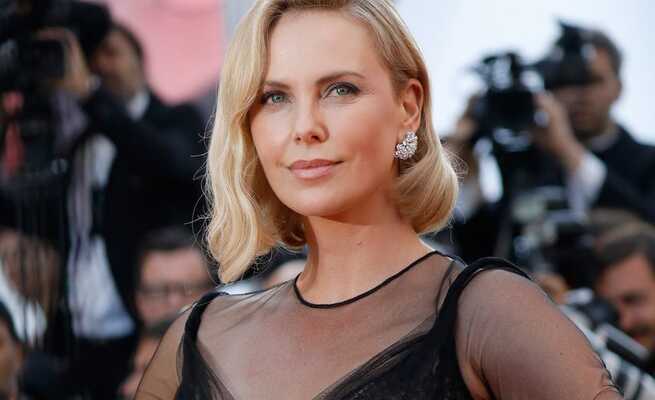 Charlize’s mother Gerda turned the gun on on her alcoholic husband Charles, an incident that she says has scarred them, but something that she is open to talking about.

Charlize Theron recently opened about the moment her mother, Gerda, killed her father in an act of self-defense.

The Oscar-winning actress told of how her alcoholic father, Charles, arrived home one night and, while in a drunken state, threatened her and Gerda with a gun, People reports.

“I think our family was an incredibly unhealthy one. And all of it, I think, scarred us in a way. Of course, I wish what happened that night would have never happened.”

The night of the tragic incident, Charles entered the family’s home with a gun. In an attempt to escape his senseless rage, Charlize and Gerda locked themselves in a bedroom.

“My mom and I were in my bedroom leaning against the door, because he was trying to push through the door,” Charlize recalls.

“So both of us were leaning against the door from the inside to have him not be able to push through.”

But then Charles fired three bullets through the door. Fortunately he missed, something Charlize calls a “miracle”.

To protect her and her daughter, Gerda turned the gun on Charles.

“I’m not ashamed to talk about it,” Charlize adds.

“Because I do think that the more we talk about these things, the more we realise we are not alone in any of it.”

It ended in tears for Khanyi Mbau as govt calls for her fugitive bae...

Sports Lee Nyathi. - 1 March 2021 0
Mzansi has gone for the jugular, attacking goalkeeper Itumeleng Khune and coach Gavin Hunt after Chiefs lost their last game of the month on...