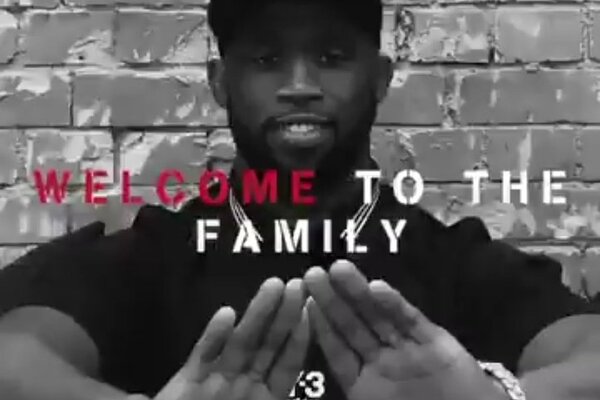 This after the Springbok captian joined Roc Nation Sports – a company belonging to award-winning artist and billionaire businessman Jay-Z.

The rapper has long been linked to the organisation – which is believed to control the entire modern world and 'manages' artists like Beyonce, Rihanna, Lady Gaga and more – and with the signing of Siya, many believe the rugby player has now signed over to the dark side!

Siya has been pictured doing the infamous 'Roc-A-Fella' diamond hand gesture, a move many believe is called the 'third eye' – an element synonymous with the new world order.

He's also has been pictured happily signing over his new contract.

Siya even said of his move: “I’m overjoyed to be joining the Roc Nation family, and to be the first South African to do so is a special feeling. The team is very much an extension of my own family, they have been extremely welcoming and passionate about my story and my journey. It’s the perfect partnership and I’m excited to get started.”

But fans aren't convinced all is well with this scenario

Here's what tweeps have to say:

You're in the illuminati now 👏

Other fans have tried to plead with the masses by calling out the unfair conspiracies.

Many people feel as if the Illuminati rumours take away from the weight of Siya’s achievements.

When they say "blacks don't wanna see other blacks succeed, this is what they mean" all of the sudden Siya Kolisi sold his soul to #illuminati for the springboks to win. If it was a white person we were not gonna say a thing. In fact. Futsekini nonke. Rise Siya Kolisi🙌

They’v started with this Illuminati nonsense 🙄 South Africans are you okay? 👀 Can’t somebody work their way to the top? 💁🏽‍♀️ Y’all seriously need to focus on securing your own bags and leave Siya Kolisi to continue securing his! 👏🏽

Interestingly enough Black Coffee – who fans have also linked to the Illuminati – has congratulated Siya on his big move: