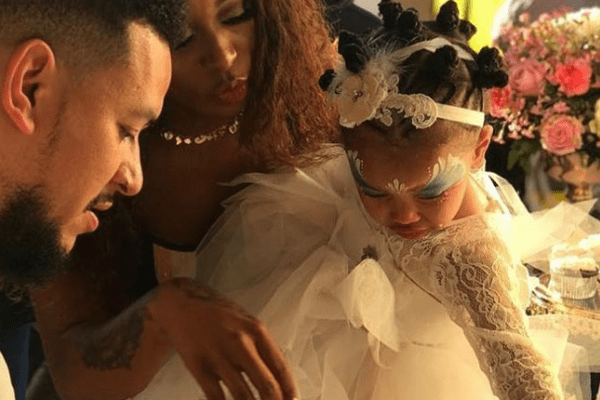 The Kardashians have Kris Jenner, and Kairo Forbes has Lynn.

She may only be four years old, but Kairo, the daughter of rapper AKA and DJ Zinhle, is already a precious commodity.

This week Kairo — who has more than 730,000 followers on Instagram — launched her namesake watch. She was also officially launched as a brand, managed by her grandmother, Lynn Forbes.

“Kairo as a brand is the brainchild of Lynn. It’s something Lynn put together so it makes sense for her to run with it,” Jiyane said. “Kiernan and I obviously have an input in what she does at the end. Even before Kairo was born, Lynn was the one who was into the brand, getting partners.”

The intimate launch event, attended by about 20 celeb tots and their moms — including actresses Jessica Nkosi and Ntando Duma, singer LeAnne Dlamini and rapper Moozlie — was a princess soiree with novelty tiaras, a jumping castle and candy floss.

While Baby Shark played in the background, unadulterated giggles came from the patio where the kids took turns riding a wooden pony and enjoyed mocktails.

Lynn said she was excited about the work she was doing with the brand because Kairo had been trending since she was born.

“When she was born she trended for months and then every birthday Kairo is trending on social media. I’m so excited about this brand and what we’re doing with Kairo.” She said brand Kairo was a registered business with its own bank account and public relations team.

“We are running it as a business. The brand is about having fun, the brand is about Kairo never knowing that she is doing anything to earn money, but having fun and enjoying life. She is completely unaware. She knows, but she also doesn’t think of it as work. We wanted to create a fun brand.”

Lynn said her son kept her in check to ensure she didn’t get carried away with the business, and was quick to rein them in when he felt she or Jiyane were overexposing Kairo.

Jiyane explained that rather than mollycoddle their daughter, they decided to prepare her for life as the daughter of celebs.

The watch is the first of many partnerships with other brands and it is fitting that Kairo’s first collaboration is with her mom’s watch brand, Era by DJ Zinhle.