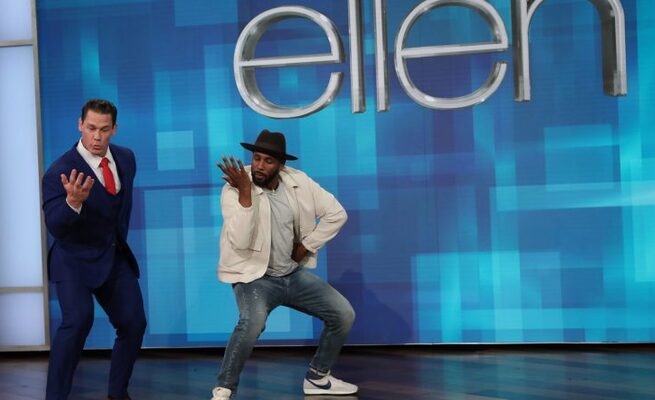 Sho Madjozi's John Cena track is such a major vibe that even the man himself is dancing to it.

John Cena made an appearance on The Ellen DeGeneres Show recently, and learnt a thing or two about how to dance to the mega-hit song that's taken the world by storm.

The video shared on DeGeneres' Instagram page shows the wrestler following dance moves from the show's resident DJ, Twitch, as they boogie it down to the up-tempo beat.

Sho's song has been making waves in the music world since its debut on the international music platform Colors in August. Since then a viral hashtag #JohnCenaChallenge has taken social media by storm, with dancers from around the world showing off their moves to the vibrant hit.

"Woah!! Ellen DeGeneres really found John Cena and got him to dance to #JohnCena!" she wrote.

Woahhhh!! Ellen DeGeneres really found John Cena and got him to dance to #JohnCena!! 😧🤯😭 guys 💗😭🙌🏽🙏🏽 pic.twitter.com/jF2KN3oqcc

The rapper dropped the full song on Friday after fans begged her to released John Cena as a single. The song immediately trended on social media in Mzansi.

Sho also asked her fans around the world where they would be listening to the song, and got responses from fans as far and wide as Barbados, Thailand and Finland.