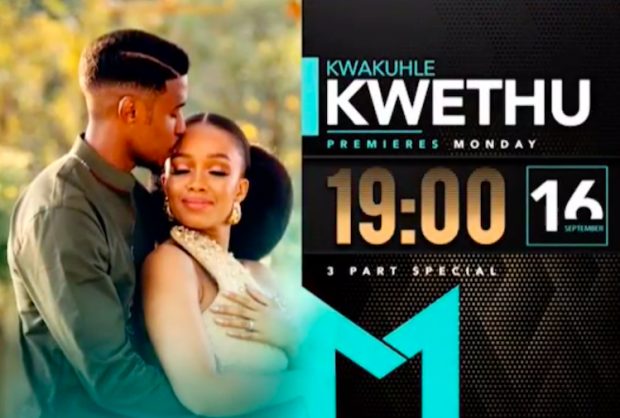 The notoriously private pair will give fans a glimpse into the events surrounding and leading up to their wedding.

Newlyweds Dineo Langa (Moeketsi) and her rapper bae Zothile ‘Solo’ Langa will be giving fans a glimpse into their wedding come Monday, September 16, 2019, when the first episode in a three-part series for their wedding special airs on 1Magic.

The pair, who has been together for over seven years, tied the knot four months ago in a very hush-hush ceremony attended by the likes of Thando Thabethe, Kwesta and his wife Yolanda Vilakazi, Rami Chuene, Mo Setumo, Black Lez, Moozlie, Sbuda Roc and more.

Solo paid lobola for Dineo back in 2017 and they later sparked marriage rumours last July when Solo posted a throwback image of them at an event seated at a table holding hands in matching traditional attire.

The beautiful beginning is on your screens on Monday the 16th of September via @1MagicTV. Catch our wedding special #KwakuhleKwethu at 7PM this Monday. pic.twitter.com/wwLuuPPgdg

Little else is known about their relationship and nuptials and they capitalised on this in the form of an exclusive cover story for True Love Magazine and the wedding special which will air once a week, starting on September 16, 2019, at 7pm on 1Magic (DStv channel 103).