She took to her Instagram page to explain that she was not the one who responded to minister Fikile Mbalula’s tweets which condemned the abuse and crime against women. 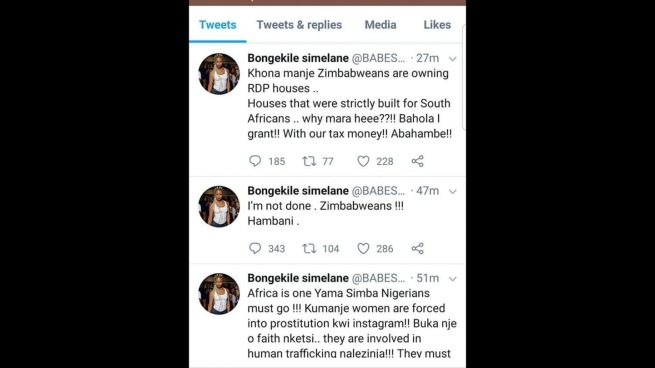 “The blame game is not gonna assist, Let's work together to reverse the scourge of women abuse. We losing people very close to us . #UyineneMrwetyana,” Fikile tweeted. The tweet has since been deleted.

Babes, or the rather the person who is currently using her account responded, “Work together Wani wena slima!! If it was your child or wife you were not gonna be tweeting kanje.”

Babes told her fans that this was not her tweeting and that her account was hacked.

"Guys this is not me," she captioned the screenshot of the tweets.