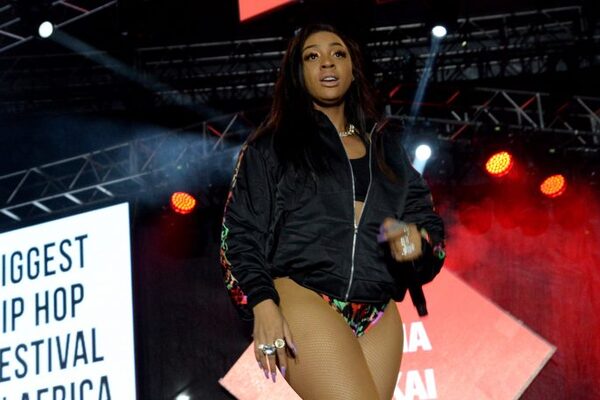 Nadia Nakai is on Cloud 9 this week after getting a massive endorsement from American female rapper, Foxy Brown who appears to be a big fan of the South African rapper

For the past few weeks, all the talk in Mzansi has been around Nadia Naked, Nadia’s debut album and arguably one of the most anticipated records of the year so far.

Many fans feel that she delivered on her potential with the new release and streaming platforms have been buzzing as her songs have climbed the charts in the weeks since the album’s release.
However, this week Nadia discovered that she had added a special new fan to her growing base: US-based rapper, Foxy Brown

Foxy is regarded as a legend by many lovers of ’90s R&B and hip hop. She was at her peak during the mid-to-late ’90s all the way until the early ’00s and has featured alongside some of the greatest acts in American music, including Jay Z, Diddy, Mary J Blige and Nas.

Foxy was prominent at a time when women were breaking into what was a male-dominated genre and she is hailed as being one of the pioneers of female rap. Nadia, who would have grown up with Foxy’s hits on the radio, will no doubt have been inspired by the legend’s work; so imagine her delight when she looked through her Instagram DMs and saw a message from all the way in New York City, sent by Foxy Brown herself!

Nadia took this to be a possible endorsement of her album and her mentor and label boss, Cassper Nyovest appeared to agree:

At a time when all eyes appear to be on South African talent, this is incredible validation for the rapper!