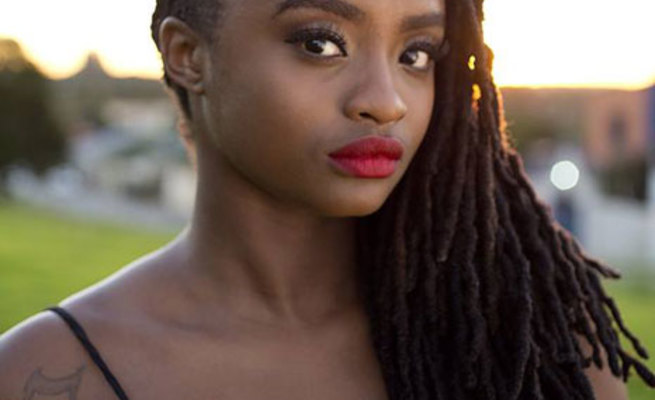 Mzansi actress and musician, Samkelo Ndlovu, revealed that she had once turned down SA comedian, Trevor Noah.

Samkelo Ndlovu revealed that she went to high school with Trevor Noah in an interview with MacG. She also hinted that Trevor Noah once hit on her when they worked together on her first feature film. Trevor was not as famous back then. Samkelo said rejected dating Trevor at the time because she was too young.

“I was too young and oh, and I was dating Thomas (Gumede). He wasn’t ‘Trevor’ yet. I was straight out of college. My life was taking off. He was just a sweet guy, always cracking jokes and wanted this film made. We lived in the same area code. Sometimes he’d pick meup so that we’d go to set together, so he was a sweetheart,” said Samkelo.

Having some sun fun yesterday at the market ☀️🌮🍹🍣 . . . Two piece by @newfeelingorg 😍

The actress added that her boyfriend at the time, Thomas Gumede, was not happy when he found out that Trevor offered Samkelo lifts to work. “My boyfriend hated it at the time. When he found out he was like, ‘What, he picked you up?… I was like we’re working on the same set… no Trevor was a sweetheart,” said Samkelo.

But Samkelo quickly shut down MacG’s suggestions that she could have been in Hollywood with Trevor. She made it very clear that she doesn’t think it would have worked out between the two of them.