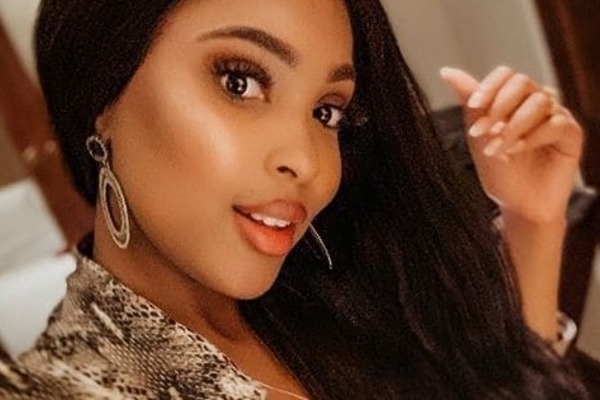 Linda Mtoba has defended her decision to go to the Vodacom Durban July this weekend, despite being pregnant.

The star was one of the biggest fashion wins at this year's horseracing event but faced criticism from those who felt she should have rather stayed at home because she's expecting.

The River star announced last week that she and her hubby Steven Meyer are to become parents, nearly shutting down social media in process.

Some that had rushed to congratulate Linda on the announcement, returned to Twitter over the weekend to slam her for going to the prestigious horse race.

"Linda Mtoba was a close win (in the best fashion competition) for me but she's pregnant. Bengamele aphume nasendlini to begin with," Twitter user Qadi said.

Linda wasn't having any of it and taking to her Twitter page on Sunday evening she laughed off the criticism.

Linda's army of fans defended her and said that she was pregnant, not sick.

Just now they were complaining about you not being pregnant 😩

Imagine having to stay home for 9 months just because you're pregnant 😂 what a joke my darling.

Ur pregnant not disabled, people must just relax😂

Linda has become a household name in Mzansi and has loved being a wife so much, she adopted the nickname Mrs Husband.

Speaking to TshisaLIVE just after tying the knot in 2017, Linda explained why family was so important to her.

"When something so life-changing happens, you need to step back and make sure that you are taking it in properly, because it is quite easy to lose yourself in the whirlwind of love. But being centred helps you to enjoy each moment for what it is. That's what keeps 'wife’ing' so fun for me," she said. -timeslive