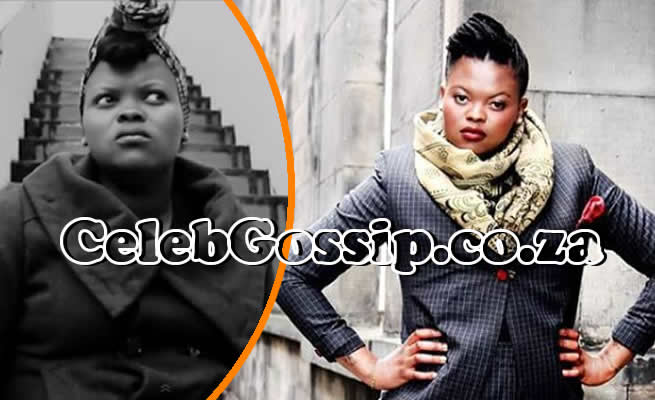 SINGER Buhle Mda is allegedly not one to be messed with when she’s pressed.

Informants claimed the songstress from Afro-soul band, The Soil, nearly moered another woman in the loo at a Bonang “Queen B” Matheba gig last week. According to witnesses who attended the doo, a launch of Queen B’s House Of BNG bubbly, Buhle was so pressed that she demanded to relieve herself ahead of her alleged victim.

The mole said were it in a soapie, the drama would have easily scored a South African Film and Television Awards trophy.

Claimed the informant: “Buhle was very pressed. And because she was wearing a jumpsuit, she insisted on going ahead of the other woman. When the woman didn’t budge, she became angry and that’s when a fight broke out.”

These rumours come on the back of reports that Buhle recently beat up her baby daddy.

“Buhle asked the woman if she knew who she was, saying, ‘Do you now f**king want me to pee on the floor? Do you know who I am? Buhle made it clear that she’s famous and, therefore, deserved to use the bathroom first,” claimed another source.

The third source said bystanders stood in shock, as they didn’t expect the drama.

“We thought she was a cool person, but when she became angry we saw a different side to her – it wasn’t nice. She seemed like a sweet woman when The Soil was hot, but I’m not sure when she changed. I hope she gets help for whatever is bothering her as things won’t end well for her. You can’t go around beating up people, as there’ll be ramifications for it. It’s totally unacceptable,” the third mole said.

When contacted, Buhle refused to comment on the issue.

“Please guys, can I be left alone,” she said.