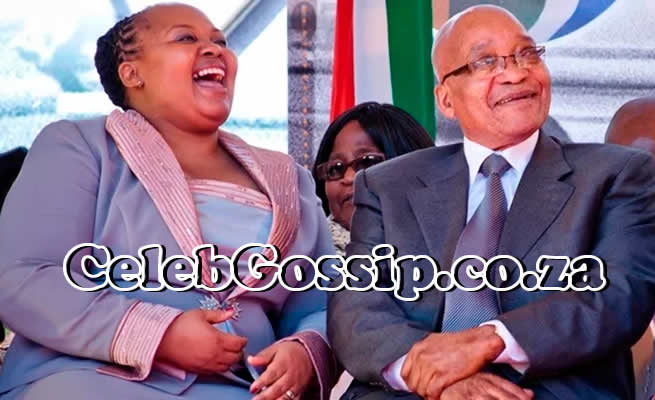 SHE was in 2015 rumoured thrown out of and banned from the lavish Nkandla. Nompumelelo Ntuli-Zuma was at the time . . . accused of plotting to poison her hubby, former president Jacob Zuma!

But informants claimed she’ll spend winter in the warm arms of Msholozi, as Zuma is affectionately known. This comes as the two are said to have kissed and made up. But insiders also claimed the criminal case of alleged poisoning opened against MaNtuli would soon be withdrawn in court. This is because Zuma has many cases that demand his attention, informants claimed.

Claimed the mole: “MaNtuli and Zuma love each other. They separated for a while but have since reconciled.”

After allegedly being banned from Nkandla, Sunday Sun reported that MaNtuli went into hiding at Greytown in KZN. Informants at the time claimed she was looking for land to build a house there.

Insisted the family insider: “MaNtuli visits Nkandla most of the time and when there, she acts as a makoti.”

Another family source said other relatives assumed MaNtuli was accompanying her children when visiting Nkandla.

“But they later realised she was there as a wife. MaNtuli wants this case to be withdrawn, so she’d be able to move on with her life. She still denies ever being involved in the plot to kill her husband,” said the mole.

The insider claimed the news of reconciliation between MaNtuli and Msholozi had been deliberately kept away from the media.

“This was to avoid media attention until the case is withdrawn and finalised,” the source said.

Another source claimed she spent days, even during the recent election period, and allegedly voted at one of the stations around Nkandla.